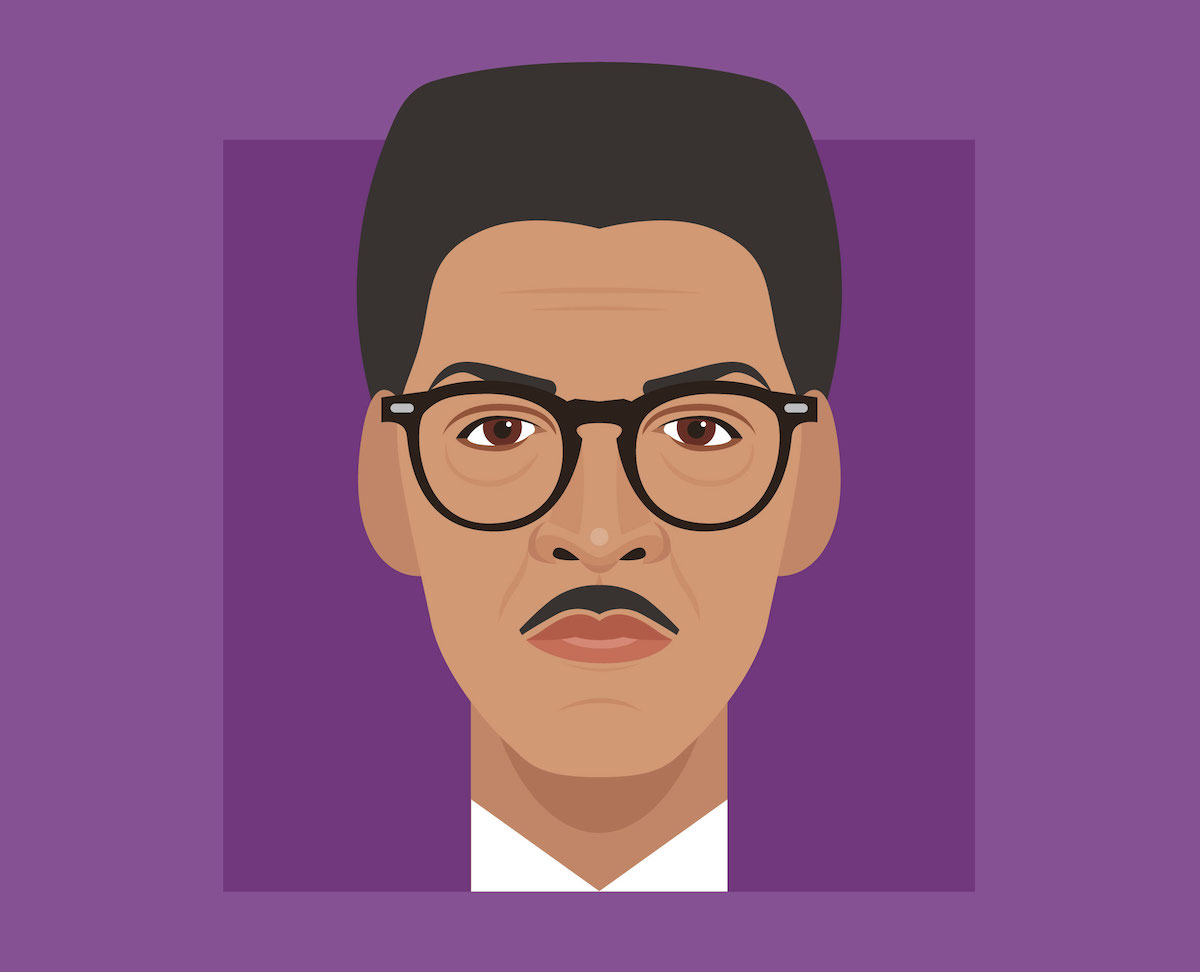 There is perhaps no political demonstration more iconic, well known, or influential in American history than the 1963 March on Washington. Hundreds of thousands of people participated in the event, where Martin Luther King Jr. delivered his famous “I Have a Dream Speech” and the actions taken that day spurred congress to enact the Civil Rights Act of 1964 and the Voting Rights Act of 1965. While the March remains a benchmark in civil right history, one of the key architects of the March itself is all too often overlooked.

Bayard Rustin was a fearless and prolific leader for civil rights, the labor movement, socialism, and gay rights in the United States, and played a significant role in many of the biggest political demonstrations in the 20th century.

Rustin was born on March 17, 1912, in West Chester, Pennsylvania, where he was raised by his maternal grandparents. Rustin was exposed to civil rights activism from a young age, as his grandmother was a member of the NAACP, and he credited his own activism with being raised Quaker. His grandmother was also accepting of the fact that Rustin was gay: when he told her he was more interested in men than women, she is said to have responded, “I suppose that’s what you need to do.”

Rustin spent his early adulthood cutting his teeth on organizing and activism. He was expelled from Ohio HBCU Wilberforce University for organizing a strike and eventually landed in New York where he joined the Young Communist League; he left after being ordered to “cease protesting racial segregation in the US armed forces” — and pursued a career as a vocalist.

Throughout the 1940s and 1950s, Rustin worked with the Fellowship of Reconciliation, a pacifist justice organization founded by A.J. Muste as well as A. Philip Randolph, who founded the Brotherhood of Sleeping Car Porters, the first predominantly Black labor union. Together the three men organized a March on Washington in 1941, to protest racial segregation and discrimination in the armed forces, but the March was cancelled when then President Roosevelt issued an executive order banning racial and ethnic discrimination in the defense industries.

Rustin was arrested and imprisoned a number of times for his political demonstrations. He served 26 months for resisting the draft as a conscientious objector and was arrested multiple times for desegregating buses, including organizing the Journey of Reconciliation, also known as the First Freedom Ride.

His outspokenness and activism for Black liberation was inextricably linked with being openly gay. Rustin stated that to protest was to educate children and adults that segregation and racist treatment of Black people in America was not okay, going on to say:

Rustin was fearlessly and unapologetically open regarding his sexuality, which was rare at the time, but intolerance towards his being gay cost him opportunities and forced the brilliant organizer to take a back seat during the historic movement.

After being arrested in California in 1953 for sexual activity with another man, Rustin resigned from the Fellowship of Reconciliation. When he and Dr. Martin Luther King Jr. began organizing the Southern Christian Leadership Conference, other Black leaders voiced concern that Rustin’s sexuality would damage the civil rights movement — Harlem Congressman Adam Clayton Powell even threatened to falsely accuse King and Rustin of having an affair in order to get King to cancel a march he and Rustin planned. King capitulated to Powell’s demands and distanced himself from Rustin (who stepped down from the SCLC) to the dismay of young African Americans.

From there, Rustin organized the March on Washington alongside A. Philip Randolph, and although he played an undeniably pivotal role in the event, he was once again forced out of the spotlight by other leaders who feared the impact his sexuality might have on the movement. Throughout the following decades, Rustin continued his advocacy, and in the 1980s, he addressed his sexuality more publicly and openly advocated for gay rights.

It’s truly unfortunate that Bayard Rustin is often left out of mainstream narratives when it comes to the March on Washington, the Southern Christian Leadership Conference, and other Civil Rights achievements simply due to his sexuality.

But hopefully we can continue to pay tribute to those like Rustin who were denied their flowers despite their brilliance and power. And while Rustin was forced to sacrifice one part of who he was for the sake of another, the fact that he never denied who he was and always lived truthfully is the very thing that made him a great leader and man of integrity.

After all, according to Rustin, “To be afraid is to behave as if the truth were not true…”

We can learn so much from Bayard Rustin, from the meaning of non-violent protest to how divisions in race and class are rooted in socioeconomic inequalities. But we can also learn from how he lived his life. That to know yourself, to live in your truth, to speak truth to power, is to be fearless.