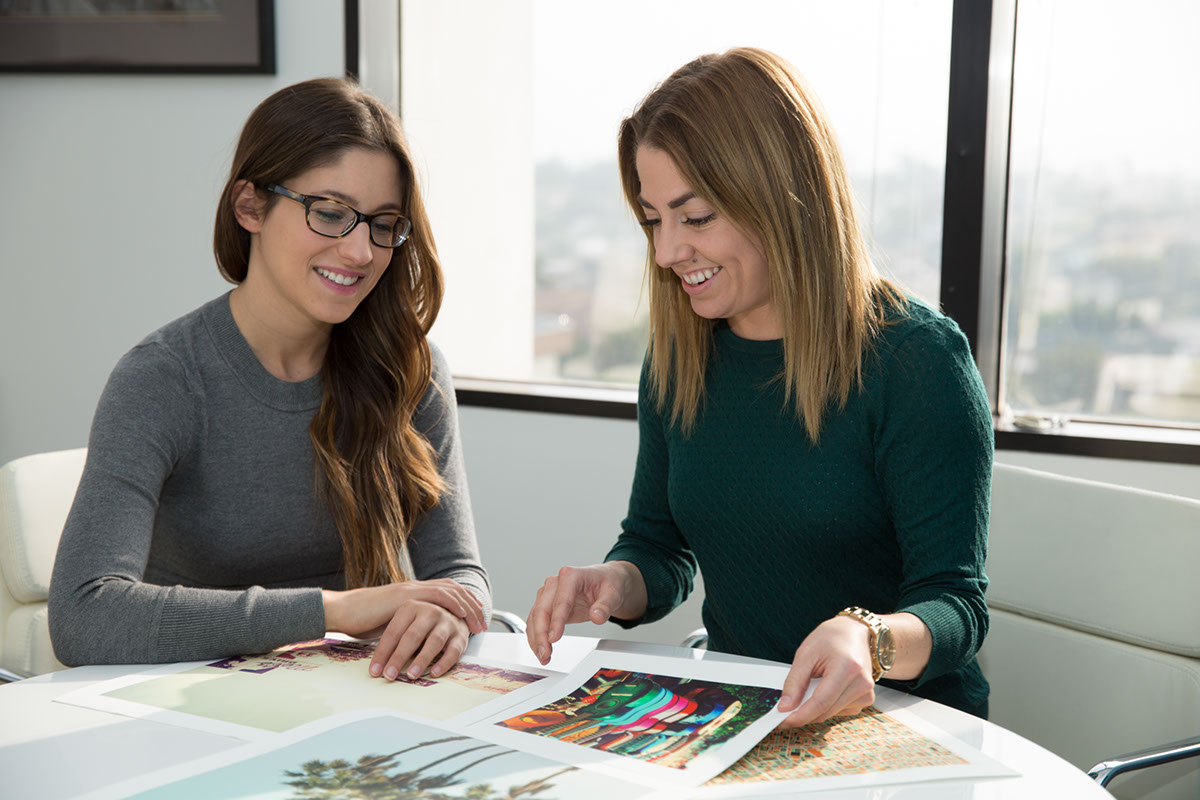 When I started in the world of digital media, I assumed that “creative environment,” “casual attire,” “snack room,” and “tech” meant future-forward, progressive, and all-inclusive.

Boy, was I wrong!

Like most industries, companies, and businesses, new media and creative professions operate as any 1960s, Mad Men-esque environment would; often leaving women who seek financial and professional growth up against a virtual glass ceiling shrouded in “Thirsty Thursday” Happy Hours.

As a self-designated Strong Woman in a creative role, I thought I was exempt from gender bias — assuming that other women just weren’t vocal enough or didn’t understand how to “work with men.” However, throughout my tenure at a renowned social publisher, I became #woke and had to remap my own journey toward being heard in a world where my voice was automatically less important prior to even speaking.

Below are some lessons I learned on my road to self-empowerment (and the empowerment of others) in a creative field.

I had been asked to take on a significant amount of responsibility in my role that was going to require double the work. In an effort to stand up for the work I had done, I created a proposal asking for a raise. To my surprise, someone in HR pulled me aside and told me my approach to this “responsibility” was both “hostile and aggressive,” and I was denied the opportunity that had been presented to me.

It’s not news that words like “emotional,” “aggressive,” “hostile,” “shrill,” and “intense,” are disproportionately used to make positive attributes negative as they relate to women in the workplace. I started realizing that I wasn’t hearing the same adjectives being applied toward my male colleagues; instead hearing words like “passionate,” “tough,” and “confident.” The list goes on.

Women are frequently pushed to doubt themselves in their approach to their everyday lives and professions, discouraged from being “too active” or “too participatory” for fear of being seen as “unladylike” or “too much.” When women do speak up during meetings, disagree with colleagues, or simply stand up for themselves or an idea on a professional level, they are often told they need to “tone it down,” “stop getting emotional,” or “reel it in.”

In order to stop the misperception of self, you have to first be aware of it. Oppression doesn’t necessarily happen in loud, poignant moments. It can occur in the small, passing conversations about others or even conversations about you that are playful. Look out for situations where people are unfairly using diction as a weapon for self-doubt.

Equally, consider how our own ingrained speech patterns reify the oppression of women. For example, women tend to apologize before speaking or find themselves needing to justify their reason for asking for something (i.e., “Sorry, I just wanted to …) so as to maintain a polite demeanor. As juvenile as it sounds, work on remapping your speech patterns to be direct, assertive sentences that speak clearly for what you need. More importantly, don’t be afraid to correct others’ speech patterns, as it helps re-wire the thought processes of women and men around you.

For example, most recently, I was referred to as “she” in a meeting when I was sitting right next to the person addressing me in the third person, and I stopped them afterward to say, “You can just call me Annie. You may not be aware of it, but ‘she’ is dismissive and dehumanizing.” Although it was an uncomfortable process (and I don’t know if this person understood what I was saying right away), it reminded me of my own power in the situation and that I always get to show up in the room.

Make your worth tangible

During review periods where people asked for raises, I saw many colleagues of mine confused as to why they weren’t getting an increase in their salary even though they said, “But I did all this work and I deserve it!” It was especially hard on a creative team, as the work was not directly (or obviously) tied to sales.

Even if you deserve a salary hike, with women making 78 cents for every dollar a man makes for the same work, you have to run that much harder just to get to the starting line.

Consistently manage a document that tracks your tangible projects and achievements in your job, whether it be business you’ve worked on, initiatives you’ve started, or client meetings you’ve attended. I always found value in taking screenshots of positive feedback that had been sent in any fashion, explaining why my work had been successful.

Most importantly, tie it back to the dollar amount. Even if your work is not directly related to revenue, it doesn’t mean that you are not engaged in the sales cycle. I started to inquire with our sales team about the size of the deals I worked on (pitched or won business) to highlight that my work was, in fact, tied to a certain amount of money that had benefitted the company.

And lastly, express the measurable things you seek to accomplish in either your current or desired future role to show that you are thinking long-term about the company’s goals and an action plan on how to execute these ideas.

At the end of the day, no matter how great your work may be, it must always benefit your manager, your team, and/or the company.

We are living in a causal time where gender, race, sexuality, politics, etc., are all on the table and constantly discussed. However, even with this new sense of openness and dialogue, talking about gender (and racial) politics in the workplace still feels like an unwelcome discussion. I learned quickly the awkwardness that ensued when I had to address inequalities at work with my male managers who took what I was saying personally or didn’t know how to respond tactically or empathetically.

In order to make the latent manifest, it is important to push past this discomfort and continue to educate your male and female colleagues. Building empathy, learning any new language, or developing a new way of thought are arduous processes, but they can occur through consistency and a desire to reach mutual understanding.

If you hear someone say something inappropriate or simply unhelpful about you or your colleagues, don’t be afraid to thoughtfully speak up to create awareness. Remember to praise yourself and your fellow female colleagues in situations where your/their work might be getting overlooked or spoken for.

With that said, men are not the only culprits in the gender struggle in the workplace — women can bring each other down as well. Using your best judgment (and trust) and being open with female colleagues about your experiences in the workplace not only allows for unification and camaraderie, but it also sets the stage for creating a collective set of solutions and advocacy in dealing with tricky dynamics.

As Lady Gaga recently sang on the track “Hey Girl,” “We can make it easy if we lift each other.”

If you have any advice on how we, as women, can continue to grow together as we grow ourselves in our careers, please let us know in the comments below!

Annie is a Creative Circle candidate and freelance creative strategist/copywriter working and living in Los Angeles. She knows digital media as well as she knows her own horoscope (she’s a Virgo), having worked at the likes of BuzzFeed and Mashable. She has created branded content strategies for the top Fortune 500 brands, which means she knows the true meaning of “going native.” If you want to work with Annie, contact Creative Circle Los Angeles.