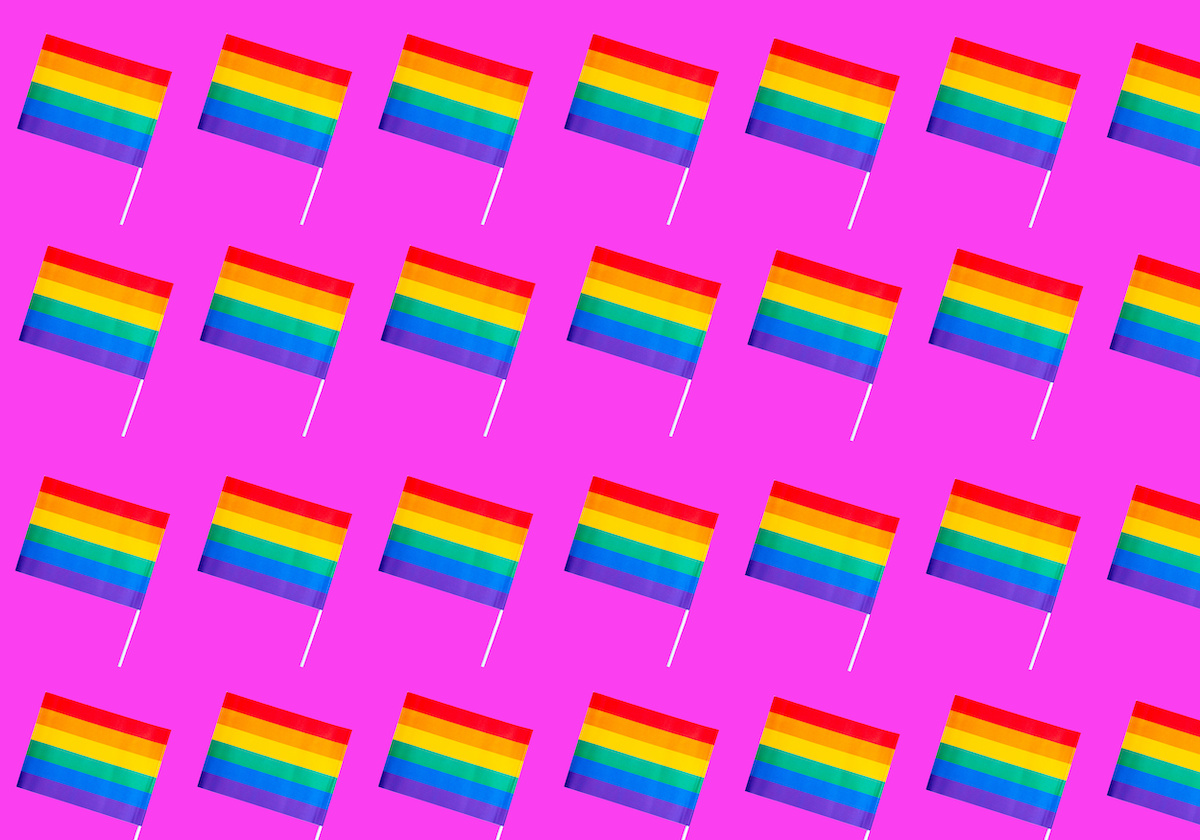 As Pride season hits its apotheosis, here’s a question: Have you had an Absolut Rainbow Vodka tonic with a Burger King ChKing Sandwich or thought about purchasing an Apple Watch Pride edition? Are these marquee companies paying homage to LGBTQ+ rights and heritage — or are they joining the pinkwashing ranks?

Celebrating Pride in all its colorful glory has become a fashionable topic in the land of marketing.

Pride — once shunned — is now popularly supported by both public institutions and private corporations and is a widespread celebration for individuals and families from vast backgrounds and contexts. And this is a fabulous thing, reflecting the incredible leaps and bounds that have been made in the last few decades in terms of social, political, and cultural transformation that has normalized the conversation around gay rights.

Long gone are the days when advertisers only targeted the LGBTQ+ community with coyly worded campaigns. In today’s world, queering the marketing ecosystem has become big business, with rainbows emblazoned on everything from credit cards to fast food to clothing and electronics. But is this actually a win for the LGBTQ+ community or another empty marketing ploy? How many of these companies support the LGBTQ+ community — both inside and outside their company’s walls — all year round?

A mash-up of “pink” and “whitewashing,” the term describes a marketing ploy by corporations to cash in on and capitalize on the queer community — especially during prominent LGBTQ+ times like Pride month, when queer visibility is at its apex.

The popularity of shows like Queer Eye for the Straight Guy helped prominent marketers come out of the closet from Amazon to Barclays Bank to Forever 21 and even Israel, which sought to brand itself as the gay mecca of the Middle East (to the tune of much backlash). Some considered even the Obama administration to have adopted pinkwashing to distract the public from its more controversial policies.

As was the case with Israel, many perceived these companies’ foray into the rainbow-dappled Pride world as a vehicle to distract from their controversies. For example, Amazon continues to face a host of criticism ranging from tax avoidance to poor labor relations and working conditions.

Association with LGBTQ+ diversity and inclusion messaging may genuinely reflect these companies’ desire to move past former controversies and embrace a more open and inclusive future. But it can be hard to shake the suspicion that some of these businesses may be indulging in a bit of pinkwashing to blur the edges of some historically thorny reputational damage.

Pink sparkle is pretty to look at as it softs through the air, but as consumers become increasingly knowledgeable (and cynical), companies need to do more than just rainbow their logo for June and find ways to support LGBTQ+ rights year-round — authentically.

Some companies have gone beyond rainbow-hued social media posts by making their health insurance trans-inclusive, like Coca-Cola and Hyatt. And the first major hotel chain to offer domestic partnership benefits to queer couples? Hyatt. Taking action to foster a safe, egalitarian, and inclusive workplace goes a long way to creating a more inclusive society. If you’re truly walking the walk, then go paint a rainbow on it.

So, what is the role of private businesses in supporting these efforts in terms of sponsorship or emblazoning rainbows on socks and creating Pride-inspired ad campaigns?

A Pride-inspired ad campaign won’t count for much unless it’s accompanied by a robust set of inclusive internal policies that support diversity and a continuing promise to strive to do better. Recent years have evidenced how marketing campaigns advertising diversity and inclusion may harm a brand’s reputation if not perceived as authentic by the public and backed up by real action.

Want to engage authentically? Here are some assessments to consider:

1. What is your motivation?

It can be easy to get swept up in Pride-fever, but before you roll out the rainbow tchotchkes and merchandise, take a step back to assess why you want to engage and what your company wants to achieve by doing so. Start there.

2. Are you making a real contribution to an LGBTQ+ cause?

The LGBTQ+ community has long been marginalized and underserved. Is your company providing genuine support to the community or just another rainbow flag on a float? It’s vital that corporations show up year-round and contribute — not just during Pride month in June when it’s popular and PC to do so. Want to be an excellent corporate ally? Put your financial support behind issues that are vital to the community all twelve months of the year.

3. Is your company’s position consistent year-round?

Consistency is essential to successful corporate responsibility. Want to engage with the LGBTQ+ community meaningfully? Show up consistently. Here’s a good example of a bad misstep: Adidas, who for several years has shown its support for gay rights by releasing a cornucopia of rainbow-hued goods, was also a major sponsor for the 2018 World Cup, which took place in Russia, a country with an abysmal record for LGBTQ+ rights. The contradiction laid bare a fundamental disconnect between the brand’s messaging and its actions — and made Adidas’ rainbow merchandise look more like a money-making ploy than an authentic measure of support.

4. Is your company fostering a genuinely inclusive and diverse work environment and work culture?

Corporate support for the LGBTQ+ community needs to start from within. Research points to wage discrepancies between straight workers and their LGBTQ+ colleagues, while other data shows that as many as six in ten LGBTQ+ workers feel uncomfortable at work, with three in ten experiencing homophobic behavior. Before a corporation can authentically support gay rights, they need to come to terms with what may be happening in their workplace first. Some points to consider:

Pride-related diversity and inclusivity initiatives can be a win-win. By championing LGBTQ+ employees, partners, and customers, brands will see a true return with respect to brand loyalty, employee retention, and overall brand visibility. But this will only be the case if these efforts are authentic, evergreen, and sustained. If the rainbow only leads to a pot of gold, save it for the leprechauns.