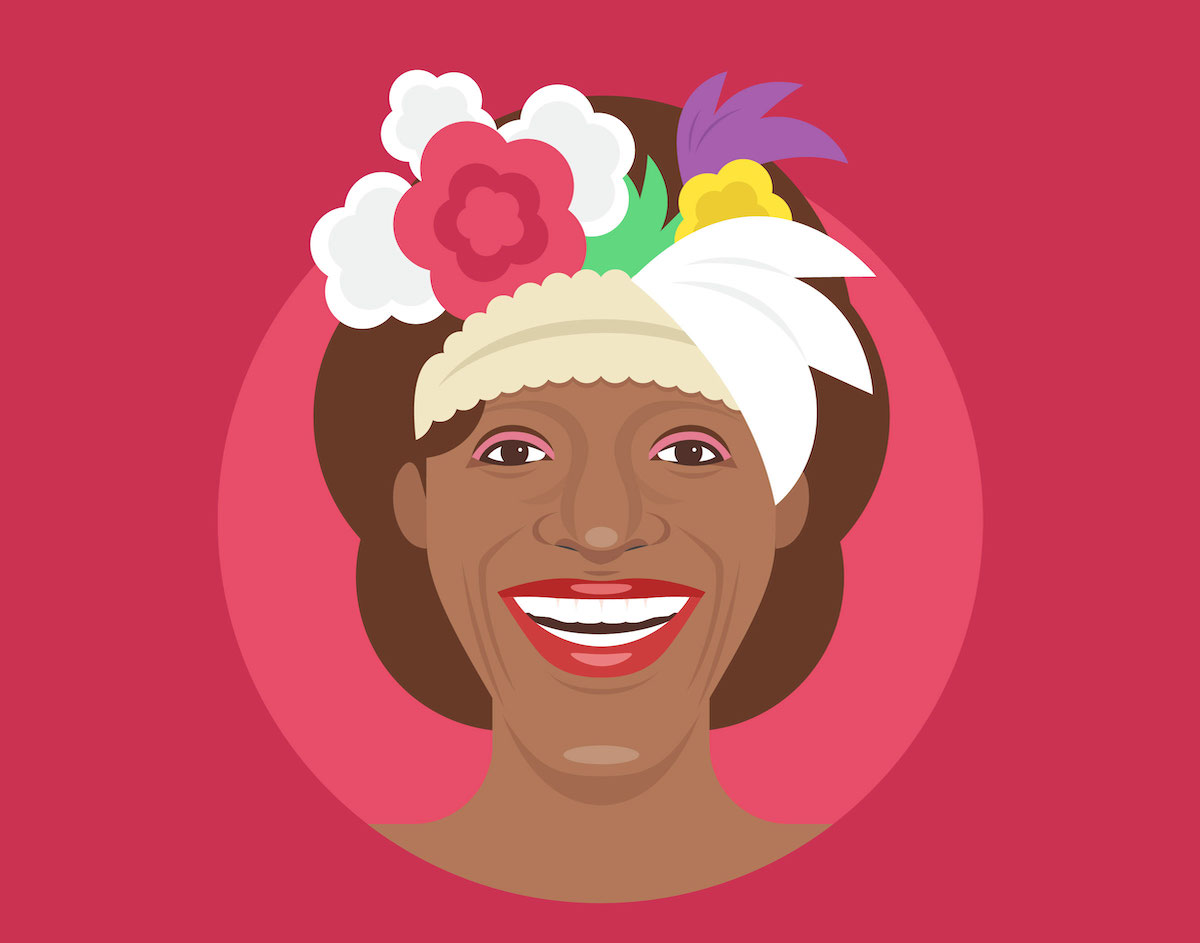 In honor of Pride Month, we’re looking at one of the founders of the gay liberation movement: Marsha P. Johnson. Imbued with purpose and political intent, Marsha was a radiant person, laughing and joyful — during a time when drag queens could be arrested simply for going out into the world as themselves. With her flamboyant costumes and headdresses, Marsha was an icon of the LGBT community until she died in 1992.

June 28, 1969. The Stonewall Inn, a known gay bar in New York City’s Greenwich Village, was raided by the NYPD. This was nothing new. What was new was the response — the gay community stood their ground and fought back. Many people who were there that night identified Marsha P. Johnson, a 23-year-old drag artist, as one of the main instigators. Days of protests and riots followed, activating a movement in the LGBT community to fight for their right to exist without the threat of violence and police harassment. A fight that continues to this day.

Born in Elizabeth, New Jersey, in 1945, Marsha began wearing dresses at age 5 but stopped shortly after that due to the violence and harassment she experienced as a result. Her mother told her that being homosexual made her “lower than a dog,” so as soon as she got her high school diploma and turned 18, she crossed the river to New York City with nothing more than $15 and a bag of clothes.

Marsha P. Johnson was a character known in the Village and throughout the City for more than just her eccentric fashion.

She constantly showed up with a friendliness that came with no agenda — always the type to say “hello” whether she knew you or not. The P in her name iconically stood for “Pay it no mind,” which was her response to anyone who questioned or challenged her gender expression.

Marsha knew the dangers and hardships of living on the streets as a Black trans woman and working NYC’s Westside piers as a prostitute. Along with fellow trans activist and friend Sylvia Rivera, she founded STAR, the Street Transvestite Action Revolutionaries, which provided resources to trans youth living on the streets — including STAR House, which offered them safe shelter. Marsha’s generous spirit defined her activism. She was constantly giving all she could and was committed to taking care of the community and folks that came through STAR House.

In the 1970s, the mainstream gay rights movement shifted away from the populations that started it all.

The rights and visibility of white, middle-class homosexuals began to take priority over the street queens and trans women of color. Heritage of Pride, who ran the Gay Pride events, went as far as to ban all transvestites from the parade because they claimed that the drag queens were seen as too “different” and “other” in a way that would hinder the progress towards rights for white homosexual men. So, instead of marching in the parade, Marsha and Sylvia instead marched IN FRONT of the official parade. As leaders in the movement for gay liberation, they took their rightful place in leading that parade.

When the AIDS epidemic hit, Marsha took care of patients when others would often stigmatize and ostracize them as they suffered. She challenged the notion that AIDS somehow made a person dirty or undeserving of respect; she believed you should “stand as close to them as you can and help them as much as you can.” She advocated for remembering those who died of AIDS for all the courage they had fighting the disease.

She was known as Saint Marsha to the many folks who knew her throughout the City. The magic of Marsha P. Johnson was her kindness and generosity, and that built her legend. She would spend the last two dollars she had on a box of cookies and then walk through the Village to the Piers, handing them out. She knew what it was like to be hungry and living on the street, so she knew that gift of a chocolate chip cookie to a starving street queen was a great gift. If there was anything she had, even just a bag of potato chips, she would hand that over to homeless queer youth she would come across.

Every year, she marched because Marsha knew the fight was never over — even as Pride events began leaning more towards celebration than protest — sharing that:

Marsha P. Johnson died in June of 1992; her body was found in the Hudson River.

She put her life on the line fighting for LGBT rights — while the police ruled her death a suicide, there was no thorough investigation into her death. Those that knew her highly doubt the validity of that ruling. Marsha would sometimes get harassed on the Pier, and many queens had been subject to violence in that area. Despite those circumstances, the police did not investigate it any further. Hundreds of people showed up to her funeral, overflowing the church, and they had to shut down 7th Avenue for her procession.

At a time when gay people were expected to hide who they really were and conform to the standards of straight American norms to survive, Marsha’s decision to authentically present as herself every day was a radical act of rebellion. While she actively fought for gay liberation, ending police brutality, and AIDS awareness, she was an advocate for the fundamental human right to exist at the core of it all. 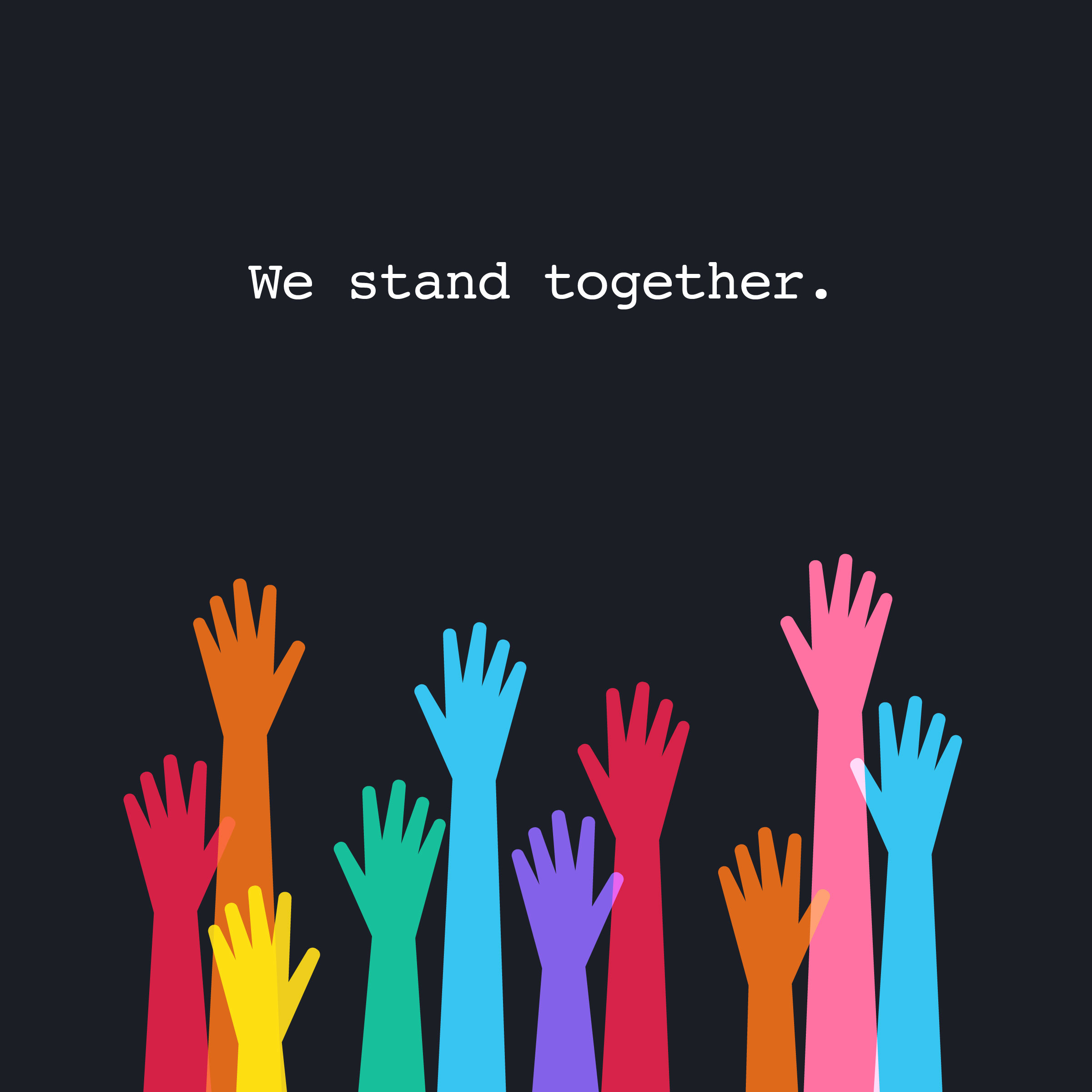 Pride Month
Authenticity at Work: My Thoughts During Pride Month

Pride Month
Over the Rainbow: Brands Getting Pride Right 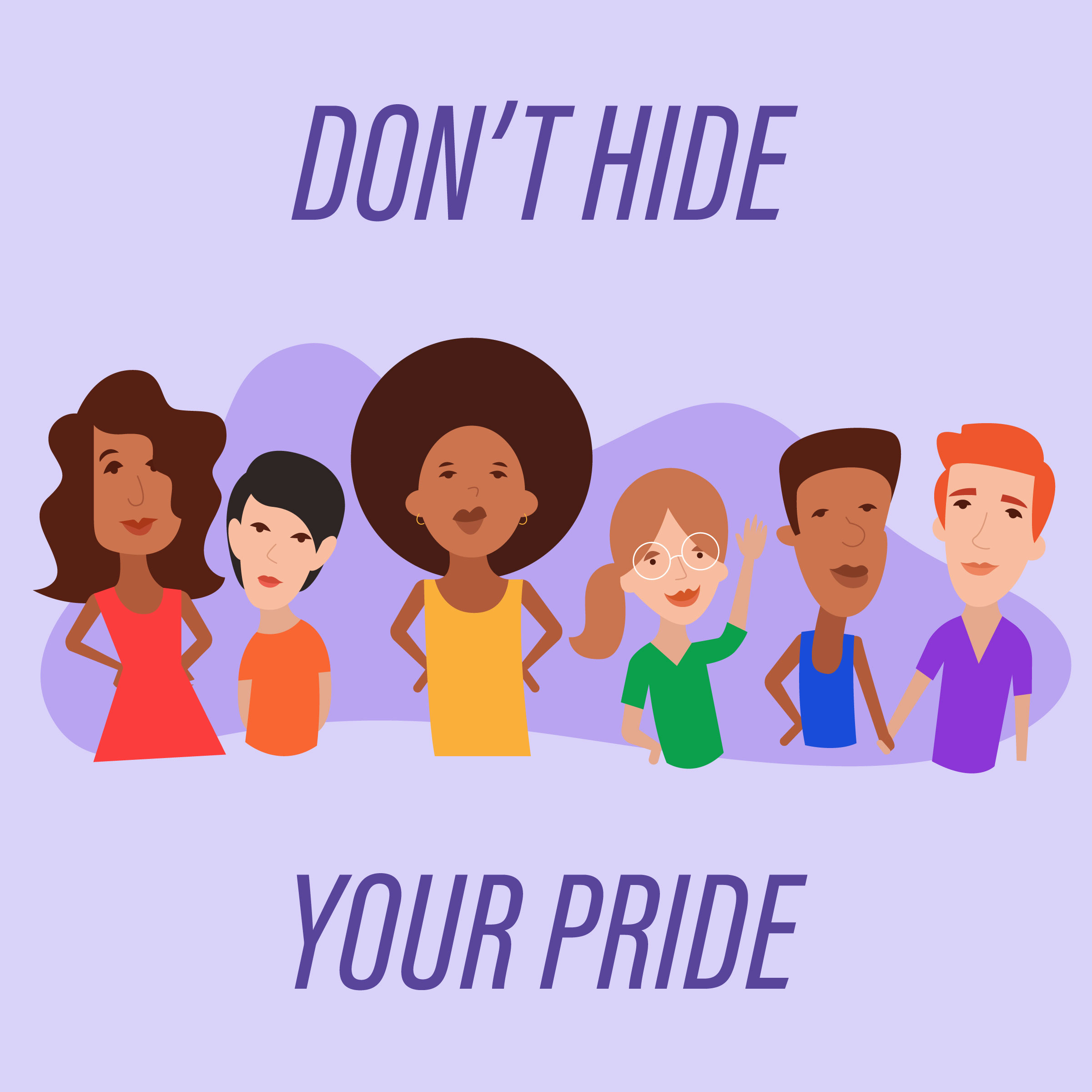