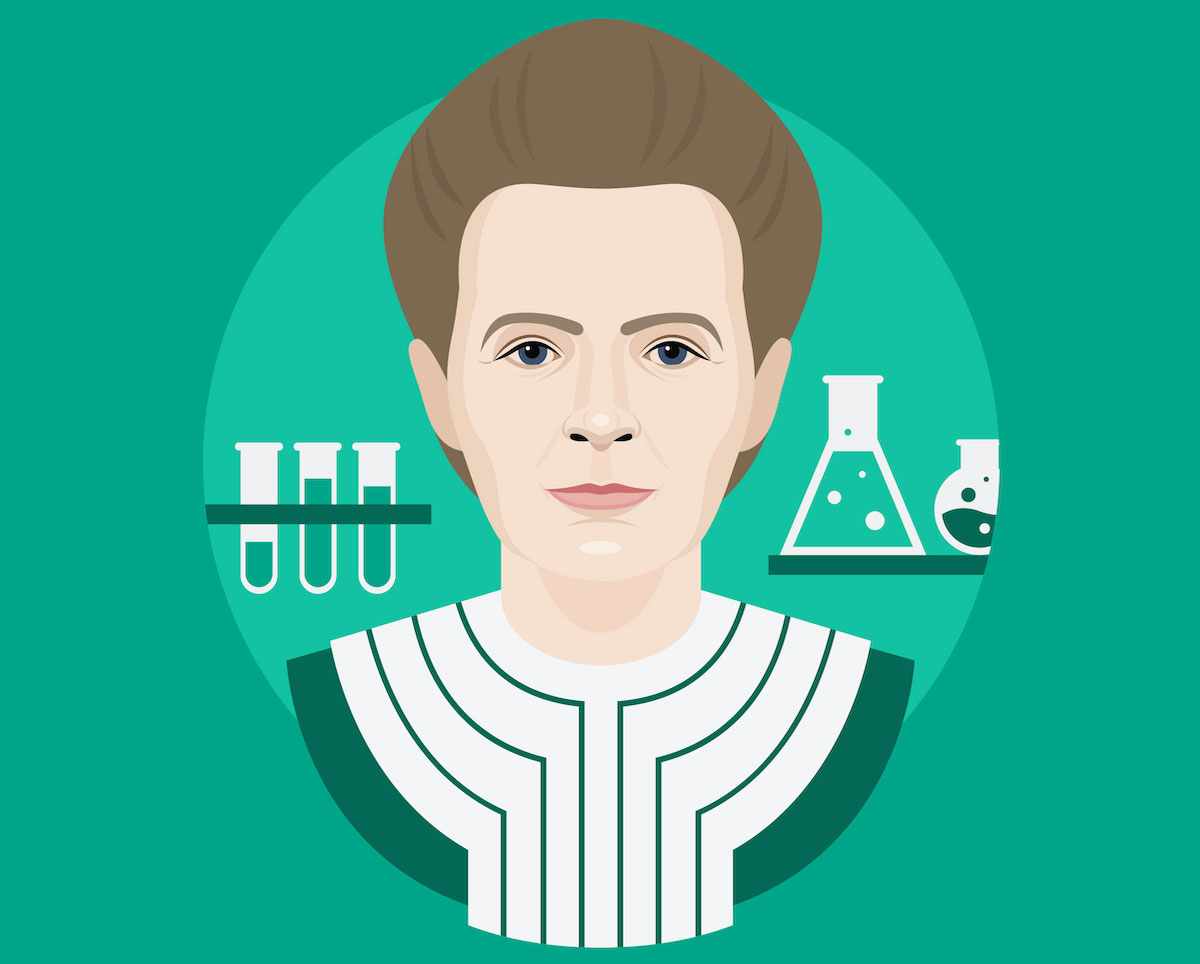 In celebration of Women’s History Month, which has been muted by the global novel coronavirus pandemic, we are honoring women in history who have contributed in ways that continue to impact our lives at this very moment in time.

When Madame Marie Curie first arrived in the United States in May 1921, she had already discovered the elements polonium and radium, coined the term “radioactive,” and won the Nobel Prize. Twice. She was a woman triumphing in science, in what was then a man’s world.

Born Maria Salomea Sklodowska in Warsaw, Poland (1867-1934), the youngest of five children, to two poor school teachers — Marie Curie became one of the most significant scientists of all time in a Victorian-era where academic opportunities for women were scarce. While many of her achievements have been lauded, not all her ingenious inventions are as well known. And one of this iconic researcher’s achievements is central to today’s fight against COVID-19.

In 1903, Marie Curie won the Nobel prize in Physics with her husband, Pierre Curie, and the physicist Henri Becquerel, for their work on radioactivity — she was the first woman ever to receive that honor. Curie later carried out the first research into treating cancer with radiation and founded the Curie Institutes, which are important medical research centers to this day.

In a tremendous nod to the number two — the second Nobel Prize she won in 1911 was even more epic: with that win in chemistry, Curie became the first person to receive the Nobel Prize twice. And to this day, she remains the only person to ever win Nobel Prizes for work in two different branches of science. The second Nobel Prize that Marie Curie received acknowledged her research and discovery of two new elements that were added to the periodic table: polonium and radium. The first she named as an homage to her home country, Poland, and the second element for the Latin word for ray.

During World War I, Marie Curie invented something that has proven critical to today’s fight against COVID-19 — the “Little Curie” — a mobile x-ray unit, which could be transported right to the battlefield, where army surgeons could use x-rays to guide field surgeries.

Today — as nearly all hospital and healthcare systems nationwide (and soon, globally) battle to avoid becoming deluged with new and suspected cases of COVID-19 — radiologists are waging their own fight to provide imaging while keeping equipment clean and ready to go. “The chest x-ray has taken center stage as a frontline diagnostic test for the new coronavirus,” shared Samanjit Hare, a chest radiologist with the Royal Free London NHS Foundation Trust, in an editorial published recently in the British Medical Journal.

With a field hospital under construction on a grassy meadow in New York City’s iconic Central Park — and the Jacob Javits Center transformed into a 1,000-bed makeshift hospital to combat COVID-19 — we have brilliant Marie Curie to thank for making portable, on-site radiology possible.

You cannot hope to build a better world without improving the individuals. To that end, each of us must work for our own improvement.
Marie Curie