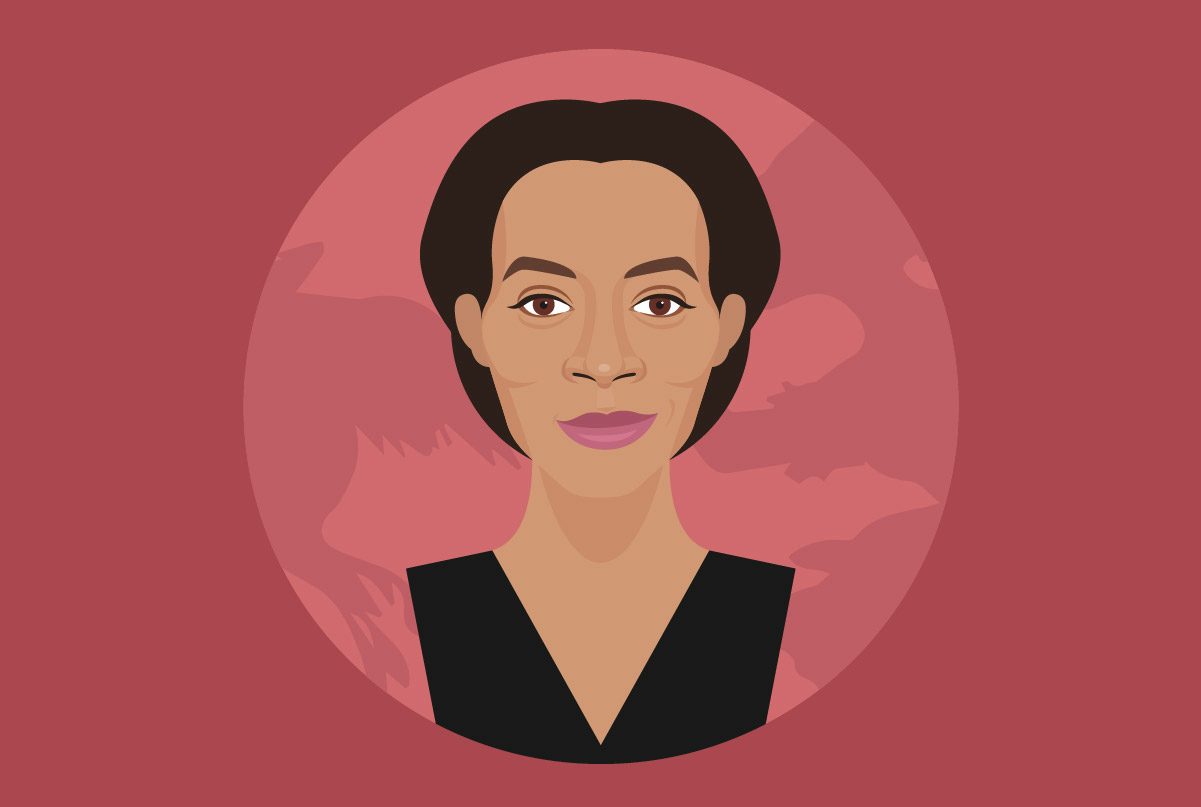 In honor of Black History Month, we’re exploring some of the incredible Black voices and artists who have shaped American culture throughout history. Through endless creativity, bold unwavering vision, and the tenacity to overcome the barriers of racism that still persist today, these Black artists have created brilliant, thought provoking work that pushes all of us forward.

What makes a powerful piece of art? Is it purely aesthetic? Is it the technical skill and precision that goes into the work? Is it the emotional response it evokes? Or is it the way art challenges that audience? Is it the way we see the work or the way the work makes us see ourselves?

Known for her use of traditional 19th century-style silhouettes and stark Black caricatures rooted in racist imagery, Kara Walker is one of the most important and celebrated artists today — whose unflinching, thought-provoking works have generated plenty of controversy and even more important, necessary conversation for over two decades. Throughout her career, Walker has proven time and time again that shocking art can be powerful and that powerful art serves to challenge us.

Walker was born in Stockton, California, in 1969, but moved to Stone Mountain, Georgia, at the age of 13 when her father became a professor at Georgia State University. Growing up in Georgia, in a town that witnessed the rebirth of the Ku Klux Klan, Walker grew up in a far more racially charged environment than what she experienced as a child in California.

With a painter as a father, Walker knew from a young age that she wanted to be an artist. In 1991, she received her BFA in Painting from Atlanta College of Art and in 1994, her MFA from Rhode Island School of Design.

In 1994, she burst onto the art scene with her mural, Gone, An Historical Romance of a Civil War as It Occurred B’tween the Dusky Thighs of One Young Negress and Her Heart. Featuring what would become her signature black Victorian-era silhouettes set against a white wall, the piece is filled with caricatures of Black slave characters and white master characters with exaggerated features and violent sexual overtones. The scene is jarring, and unsettling, the depraved whimsy of the antebellum imagery, weighed down by the gravity of its violence, which is to say, the violence of America’s enduring racism.

Courtesy MoMA. Gone: An Historical Romance of a Civil War as It Occurred b’tween the Dusky Thighs of One Young Negress and Her Heart, 1994.

Reflecting on why she was drawn to silhouettes, she said:

“What I recognized, besides narrative and historicity and racism, was this very physical displacement: the paradox of removing a form from a blank surface that in turn creates a black hole. I was struck by the irony of so many of my concerns being addressed: blank/black, hole/whole, shadow/substance, etc. (There’s also that great quote from Sojourner Truth: ‘I sell the shadow to support the substance.’)”

Over the next decade, Walker continued creating large-scale pieces featuring sharp silhouettes. She drew from the same visual language of pre-Civil War caricatures and themes of violence and sexuality, lust and depravity, bondage and levity, with works like Insurrection! (Our Tools Were Rudimentary, Yet We Pressed On) and Why I Like White Boys, An Illustrated Novel.

In 1997, she became the second youngest person ever to receive the MacArthur “genius” grant for her work and in 2002 she began teaching at Columbia University. She has also won the Larry Aldrich Award and the Deutsche Bank Prize.

Her first sculptural piece and one of her best known works was 2014’s A Subtlety, also known as the Marvelous Sugar Baby, centered on a striking 35-foot tall, 75-foot long sculpture of a sphinx. The all-white sculpture was coated in sugar and, like her previous work, was an exaggerated Black caricature, drawing from mammy tropes and addressing the history of slave labor in the sugar industry.

The enormity and lasting power of Kara Walker’s work speaks to the depth of racial trauma inflicted on Black people that she’s drawing from, as well as the depth of her own vulnerability as an artist. Walker has referred to her silhouette pieces as a “stream of consciousness,” a method of navigating the different “unruly” pieces of herself, her identity, the traits foisted on her as a Black woman in America, and her own sexual experiences. On that note, she’s also described the limitations put on her as a Black artist. “To be successful as an African-American artist, you have to spill your guts constantly to create a dialogue,” Walker said.

Throughout her career, Walker, her work, and its accompanying recognition have been met with controversy and backlash, which is unsurprising given the volatile content. She has been accused of producing art for white audiences and for creating derogatory and offensive work by employing the racist caricatures without any redemption for the subjects or the audience. While there is plenty to say about art, whiteness, and accessibility, what makes Walker’s work so powerful is the absence of redemption. There is no out.

Whether it’s a silhouette, or the sprawling fountain that pierces the myth of empire, Walker’s pieces force the audience to contend with the ugly insidiousness of how Black people have been treated and portrayed in America. And yes, this confrontation is very much on purpose. Walker has said:

“I didn’t want a completely passive viewer…I wanted to make work where the viewer wouldn’t walk away; he would either giggle nervously, get pulled into history, into fiction, into something totally demeaning and possibly very beautiful.”

The viewer cannot escape Walker’s work. They cannot escape the perversion or humiliation or pain, and there is power both for the artist and as the audience member to sit in the discomfort of that, of America’s history. There is nothing to take refuge in.

For an artist who creates such stunning, detailed art, Kara Walker’s work sure is hard to look at, the near-slapstick physicality of characters only underpinning a certain embedded humiliation. Her uncanny ability to create striking, satirical visual commentary on power and desire through the lens of America’s (and broader, colonialism’s) sordid history of slavery and abuse has challenged us not only to think more critically about history, but to think critically about ourselves. It’s what has made her work so poignant over the last nearly 30 years. It’s what has made it such powerful, transcendent art.

Black History Month, Women's History Month
Augusta Savage: Art, Activism, and Blackness in the Harlem Renaissance
In honor of Black History Month, we’re exploring some of the incredible Black voices and artists who have shaped American culture throughout history. Through endless creativity, bold unwavering vision, and the tenacity to overcome the barriers of racism that still persist today, these Black artists have created brilliant, thought provoking work that pushes all of us forward. 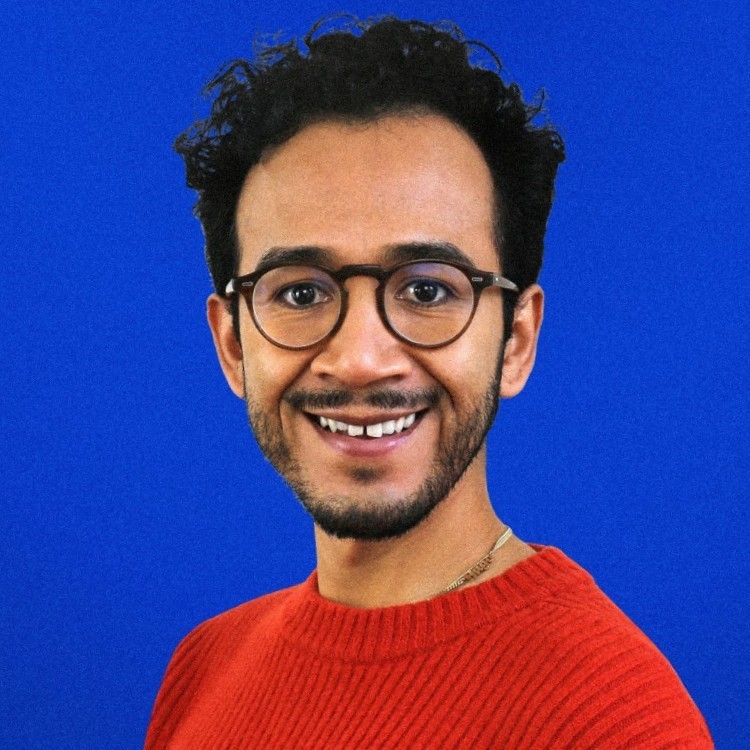 Black History Month, Women's History Month
Creative Talk: Hugo Estrada
Take a page from Nike, and “just do it!” The first step can be the hardest, especially when starting a new project, but sometimes it’s just as easy as opening Illustrator, InDesign, or whatever creative tool you need to get the job done. 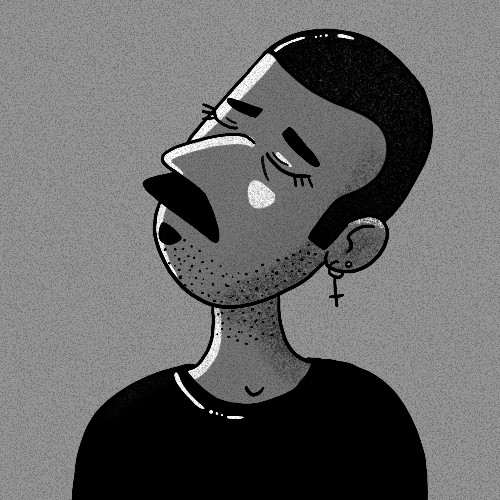