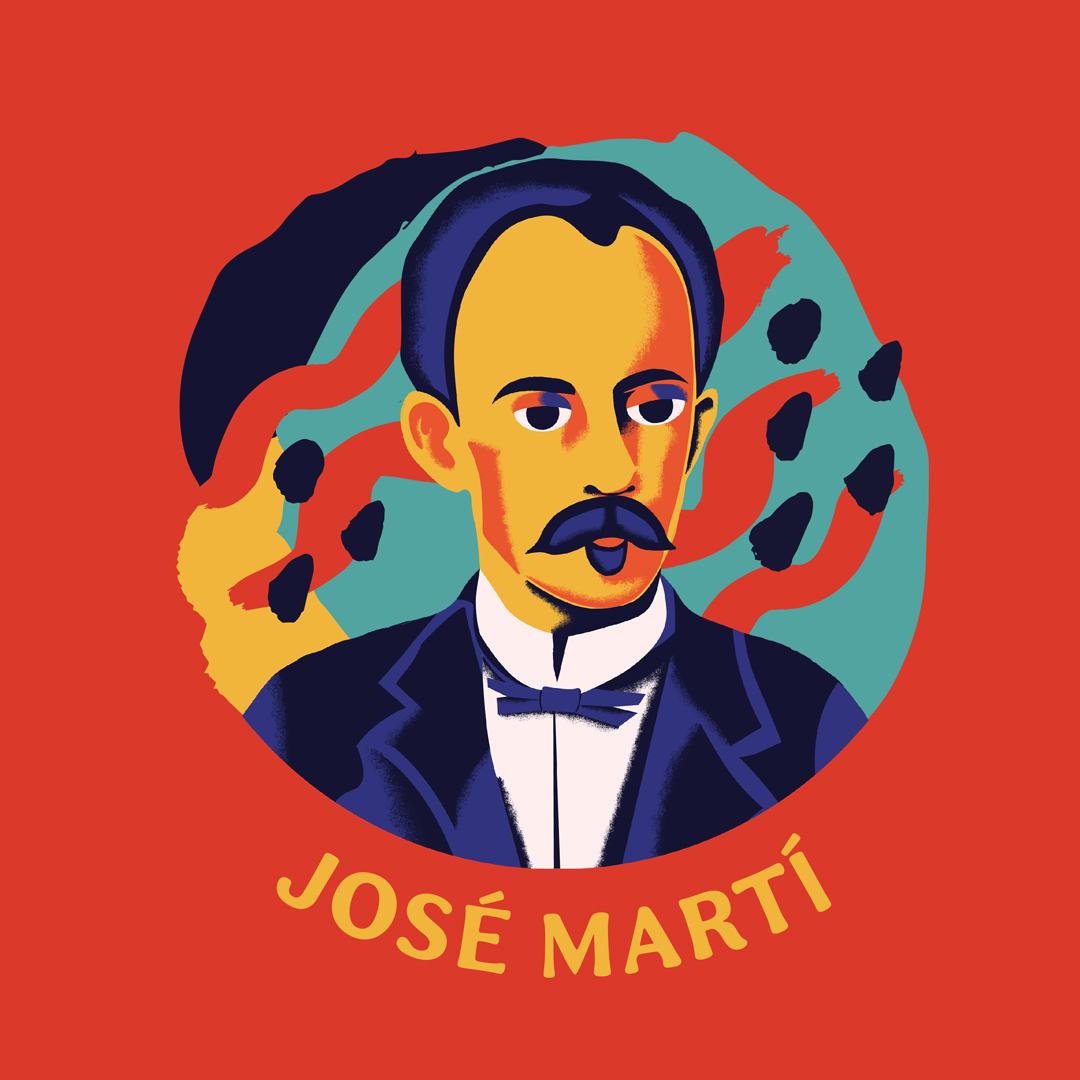 This National Hispanic Heritage Month, Creative Circle is exploring histories, contributions, and experiences of Latinx and Hispanic people that are often left out of the news and history books. José Martí — a revered poet, essayist, and patriot — is one of those individuals. His work inspired the fight for Cuba’s freedom and to this day, he remains a symbol for liberty throughout Latin America.

José Martí is commonly thought of as the patron saint of Cuba. He is almost a deity, the most universally beloved and revered figure in the island’s post-colonial history.* A teacher, journalist, poet, philosopher, and revolutionary, Martí relentlessly co-conspired to free Cuba from Spanish rule. His death at the beginning of the Cuban War of Independence branded him as a martyr and inspired his countrymen to fight for their freedom.

Born in Havana in 1853, he came of age during the Ten Years War, Cuba’s first attempt to rid themselves of Spanish sovereign rule. At 16, he was already a promising writer, academic, and staunch proponent of liberty for his island nation. During the conflict, he was incarcerated, sentenced to hard labor, and eventually deported to Spain.

After attending university and continuing his writing career, Marti moved to Mexico, where he met his wife and later spent time teaching in Guatemala. He made attempts to return to Cuba, but after having a request to practice law denied, he eventually left for the United States. During that time, he worked as a journalist (even founding newspapers and magazines himself), professor, and writer. He taught Afro-Cuban exiles how to read and write, earning the nickname “El Maestro,” and was considered a renewer of Spanish poetry. Martí is renowned as one of the most important writers of the 19th century.

As he spent more time in the United States, he connected with the community of Cuban exiles. While making plans for the Cuban War of Independence, he eventually tapped into this network to raise money for the war effort and sent weapons to Cuba. In 1892 he was elected “delegate” of the Partido Revolucionario Cubano. As a writer and philosopher, he managed to bring together various factions of rebels Including Antonio Maceo and Máximo Gomez, who were leaders during the Ten Years War, forming a unified alliance against Spanish occupation.

No hay hombre sin Patria, ni Patria sin libertad”
There is no man without his country, nor a country without liberty

On April 11, 1895, Marti, Gomez, and others landed in Cuba and met with the Cuban rebels lead by Maceo. It soon became clear while he was an excellent communicator and strategist, Marti was not a soldier. One month later, on May 19, he was killed during the Battle of Dos Rios.

According to scholars, when he galloped on horseback in Dos Rios it was “basically suicide.” Some note that it was “the best possible death for him,” not because he longed for death, but rather he would have chosen to die on the battlefield in pursuit of liberty. In his poetry he deems dying in the light of the sun as the death of a good man.

While he was only 42 at the time of his death, Martí left behind an incredible legacy as a politician, journalist, and writer, shaping Cuba’s liberation not only through his ideology, but also his martyrdom. The start of the Cuban War of Independence failed to appeal to the common man as it was organized by the intellectual elite rather than the masses, but Martí’s death provided a source of inspiration that permeated the rest of Cuban culture, as well as much of Latin-America and the subsequent migrants of the Cuban diaspora.

Cuba’s signature song, “Guantanamera,” draws its best known lyrics (there are many versions of it, as folk songs lend themselves to adlibbing the verses) from one of Martí’s poetry collections, Versos Sencillos or “Simple Verses.” The excerpted stanzas are highlighted below (with fairly literal translations by yours truly).

I am an honest man
From where the palm grows,
And before I die I want to
Throw my verses from my soul.

I cultivate a white rose
In July just as in January,
For the honest friend
That gives me their open hand.

To the earth’s poor
I’d like to cast my luck:
The streams of the mountains
Please me more than the sea.=

*Meanwhile, the most revered indigenous (or pre-colonial) figure would be Hatuey, a Taino chief who led the first fighters against the Spaniards and was burned at the stake. He is known as Cuba’s First National Hero. The most generally beloved and revered figure might be Fidel Castro or Che Guevara, but the love is very much not universal, especially among Cuban-Americans.

Note: Parts of this article without linked citations take their evidence from The Cuba Libre Story: Episode 1 Breaking Chains