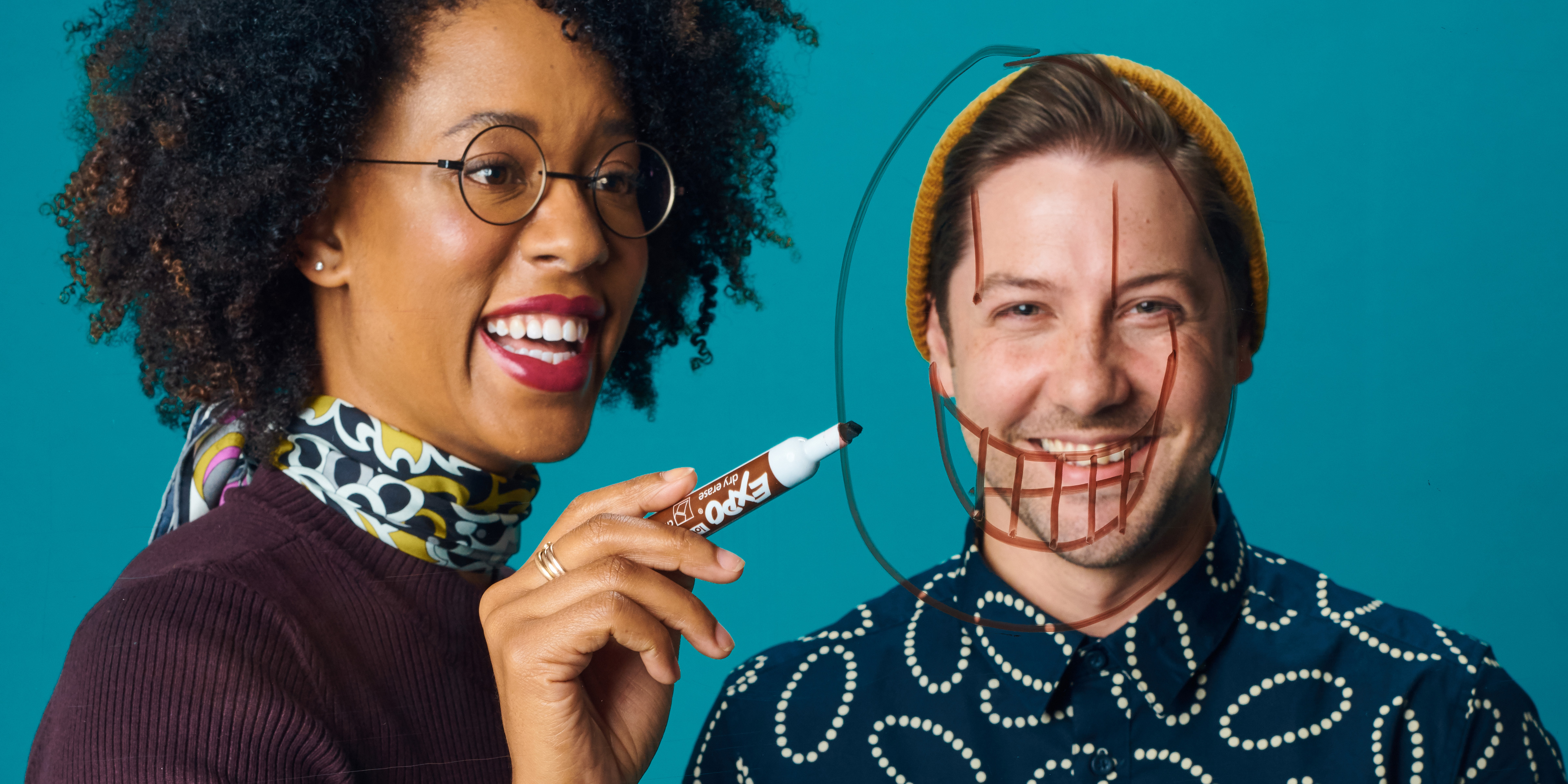 I’m about to admit to something embarrassing: It was the summer after I graduated college with my degree in Communications and Advertising, but before I’d started Book Shop. I was in that stage of blissful ignorance where you’re unaware of just how much you don’t know, so you think you’re brilliant! I lived in an area with a lot of mid-sized, regionally famous advertising agencies, and I wanted to start getting some work. As a way to pique a creative director’s interest, I…sorry, HOLD ON, I need a moment. This really pains me to write, it’s that embarrassing.

*deep breath* I sent out these mailers of custom-labeled packages of gum made up with my name and the copy “Looking for some icy-fresh creative solutions?” (or some horrible garbage like that) along with my resume and cover letter. Despite spending a fair amount of money on the whole thing, I got exactly zero responses. And thinking about it now, why would I have gotten any? It was a terrible, lame, meaningless attempt at wordplay, which (with the exception of this and this) is pretty much the lowest-hanging creative fruit. The product itself wasn’t cool, useful, or inspiring and it told the recipients nothing about me or my skills.

So, if you were looking for ideas, go ahead and scratch that one off of your list.

While there’s a long and storied practice of using stunts or gimmicks to get the attention of a creative director or a hiring manager, it takes effort to pull one off that works for the right reasons like this mind-bogglingly ornate orchestration that landed its creator a job at TBWA/Chiat/Day Venice. So many others take effort but don’t work like the would-be candidate who took out a billboard with her name and info on it.

What works and what doesn’t?

Slightly similar to, but a million times better than, my tragic gum promo is Brennan Gleason’s “Resum-Ale”: a 4-pack of craft brewed beer with a resume printed on it. It got him plenty of attention and, more importantly, a job.

It works because it:

One of the many reasons why my gum promo failed was because it was just empty promises – it’s that old adage that if you have to tell someone how cool you are, you probably aren’t. Copyblogger Nathan Hangan calls it the difference between self-adulation and self-promotion. Self-adulation is simply rehashing your past glory whereas self-promotion is “…the art of spreading ideas, concepts, and a greater vision.” Creative directors aren’t looking for people to tell them how great they are; they’re looking for problem solvers.

Why execution isn’t the only thing that matters

Big ideas are more important than impressive execution. When I say “big”, I don’t mean “big” like a billboard. It’s ideas or solutions to big problems that get attention.  For example, 72andSunny was recently besieged by wannabes who hacked into the agency’s Dropbox account to get their work in front of creative directors. While it’s a stunt that requires big brass balls (which creative directors like), it didn’t really have a point or a seed of an idea beyond getting attention for the sake of getting attention.

On the other end of the spectrum, job seeker Alec Brownstein started with a huge, essential insight — creative directors probably Google themselves a lot. He purchased a display ad that was related to the name of the creative director he wanted to work for, then linked that to his portfolio — all for about $6. It was intriguing and smart enough that it worked. Brownstein got his dream job at Y&R New York. He’s gone on to write books, and is responsible for this 90-second masterpiece that helped launch Dollar Shave Club.

The point is: Advertising has plenty of people who can already make ads. It’s big, scalable ideas that will stand out among the competition. If it’s a truly great idea, it doesn’t even have to be focused on advertising or self-promotion like this Dubai man who attracted the attention of Deutsch with his ingenious approach to combating the very real problem of public urination in India.

Don’t forget: You also need the skills to back it up.

Even if you have a great gimmick, if you don’t have the skills to match, your big stunt will end up nowhere. Have you ever thought of the greatest idea for a one-off or individual ad, and your teacher or creative director says, “That’s fantastic! Now show me what the other two or three in the campaign look like,” and then you can’t, and everyone’s disappointed? That how it’s going to be if you don’t have the portfolio to back up your stunt.

A big blowout might get you in the door, but if you don’t have strategic, big-picture work to match, you may as well consider it “false advertising.”