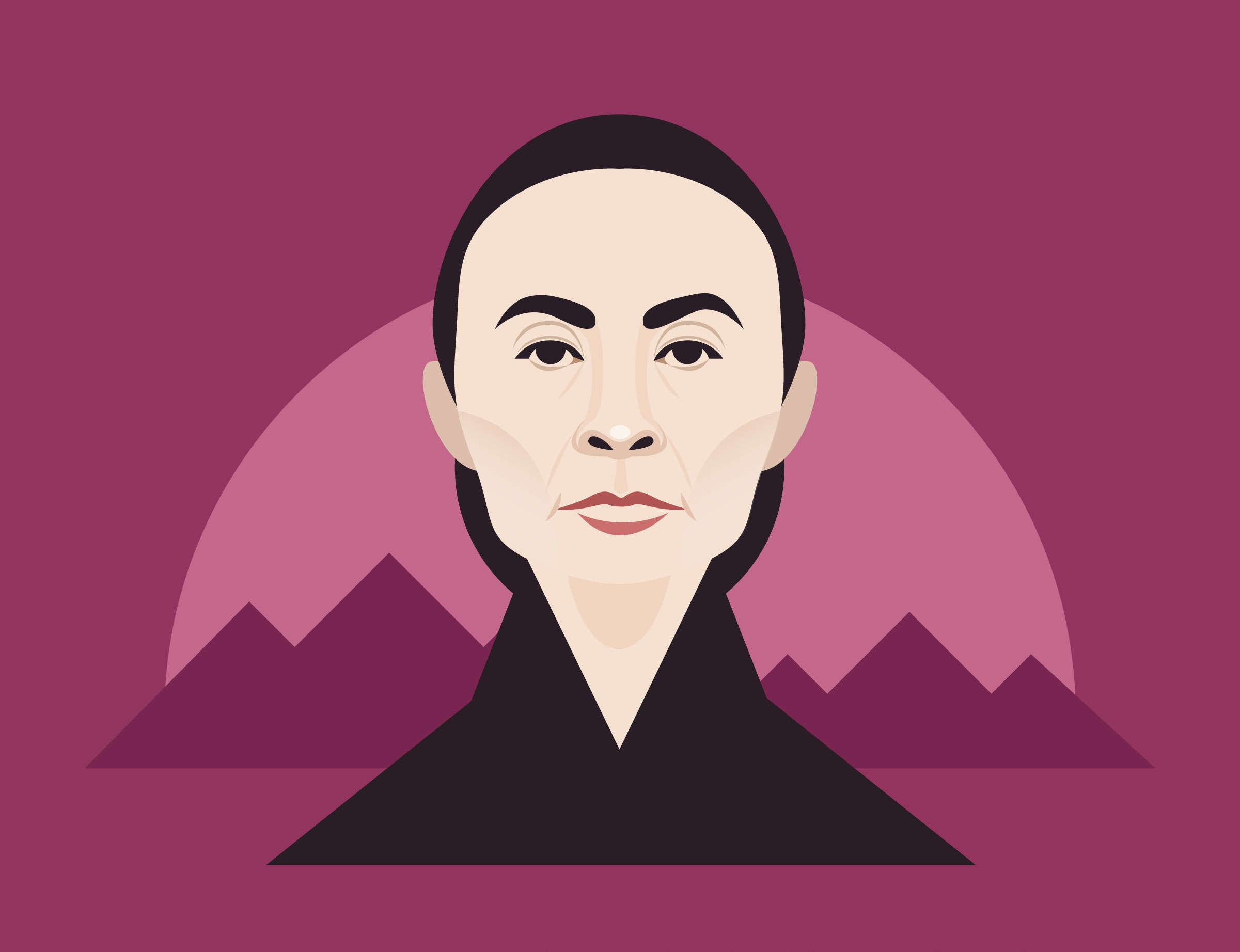 As many of us spend more of our days alone, apart, and isolated, we perhaps have found space to step away from the screen and sit with ourselves. Maybe we’ve found moments to reflect on our relationship to control or our lack thereof. Maybe we’ve found a reconnection with art as a way to express the roiling waves inside us. Or maybe that sort of confrontational stillness has eluded you. If so, perhaps learning about the mother of American modernism will inspire you.

As a student, Georgia Totto O’Keeffe almost gave up on painting until she studied the philosophies of Arthur Wesley Dow which emphasized personal design and invited the painter to “fill a space beautifully” instead of trying to copy classical painters. She sent several paintings to a friend of hers in New York who then showed them to renowned art dealer and photographer Alfred Steiglitz. She moved to New York in 1918 and began her career as a professional artist at Steglitz’s request, eventually marrying him in 1924.

She garnered recognition and acclaim for her depictions of the New York skyline, and eventually her extreme close up flowers. Many have commented on the sexual nature of her flowers, particularly ones like Red Canna (1924), to which O’Keeffe maintained, “they were talking about themselves not about me.” She explored color, form and shape, going so far as to create a series of Jack-in-the-Pulpit paintings deconstructing different elements of the flower.

In 1929, O’Keeffe started living part-time in the southwest. She fell in love with the New Mexican landscape and began focusing her art on the rock formations, sky, and, of course, the bones. She felt herself over the years coming alive in the sunshine and open skies of the southwest, which brought some reprieve from her strained marriage.

She painted her first skulls from a “barrel of bones” she collected her first time in Santa Fe. One of her more famous pieces Cow’s Skull: Red, White, and Blue (1931) was accented with the rest stripes to comment on the North eastern obsession with the “Great American Novel.” Adding her take on the Great America that exists past the Hudson River.

When Steiglitz died in 1946, O’Keeffe moved to Santa Fe permanently — making her home at her Abiquiú property and spending her summers at Ghost Ranch. She truly lived her best life continuing a prolific career and traveling the world. She drew inspiration from new locations and showcased her art in galleries and museums across the globe. She never found a place she loved more than New Mexico.

She later took on a young assistant who helped her continue traveling and making art even as she aged. Her relationship with Juan Hamilton caused quite the scandal (much like her affair with Steiglitz before he divorced his previous wife) to which she would tell him, “Oh, for Christ’s sake, Juan, what do you care what they think? Just focus on your work.” With his help, she continued to paint even after losing her sight, until her death at 98.

Today, we can take some lessons from this exemplary artist:

“If I can’t work by myself for a year with no stimulus other than what I can get from books, distant friends, and from my own fun in living, I’m not worth much.”

O’Keefe understood the value of solitude. She wouldn’t allow her husband in the room when she painted. Her time to work was sacred. Some of us have plenty of alone time now. Some of us have less than ever with children at home. Whatever your situation, can you carve out true solitude? No phones. No excuses. Just you and whatever muse moves you?

Wow. Imagine honestly assessing your work in that way and solemnly swearing to please yourself with your art rather than everyone else. What can you create that is just for you? Many great artists assert that their work comes from the raw truth of their being. What does yours look like?

“I have been terrified every moment of my life and I have never let it stop me from doing a single thing I wanted to do.”

Courage comes from doing the thing we are afraid of inspire of our terror, not from fearlessness. Can we move forward with our fears? Even now?

“I can’t explain it any other way, that I get this shape in my head. And sometimes I know where it comes from and sometimes I don’t.”

This sounds like a deep trust in her intuition. But we need the aforementioned solitude to get there. In order to really listen.

“If you work hard enough you can get almost anything.. [After 10 years] I got [The O’Keeffe Home and Studio in Abiquiu] from the Catholic Church.”

O’Keeffe obtained her dream home 10 years after falling in love with it. Sometimes we need to play the long game to get where we’re going. Remember that when you feel like you’re not accomplishing enough in a day.

Alessandra is the mentor, educator, and writer behind Boneseed, a private practice devoted to deep self-inquiry through a range of physical, energetic, and mental modalities. She has over 500 hours of yoga, mentorship, and facilitation training and can be found slinging knowledge on her website, newsletter, and @bone.seed.