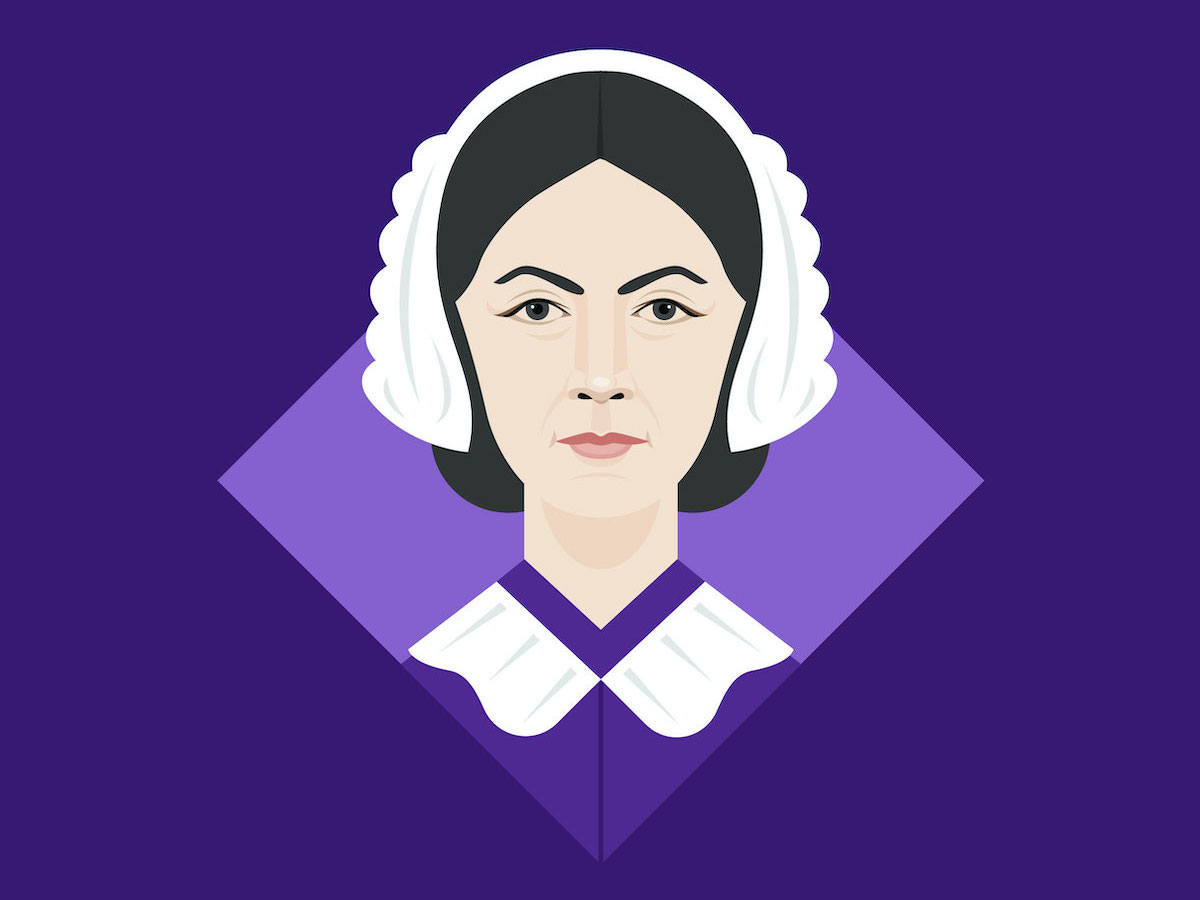 It’s National Nurse’s Week, an annual celebration of the caring, compassionate individuals who make countless sacrifices to keep us healthy. But this year, in the face of COVID-19, nurses’ sacrifice is even greater. We acknowledge their invaluable work and thank them for their efforts now and always.

As we furiously wash our hands to maintain health and hygiene amid the novel coronavirus pandemic, we can thank Florence Nightingale for her work as one of the first advocates of hygiene in medicine. Through her work nursing and collecting data during the Crimean War, she laid the groundwork for standards of practice that put compassion, humanity, and cleanliness into the healing process.

As a young lady, Nightingale had a spiritual awakening that she was destined to serve the world instead of simply being a member of the elite. After studying in Germany and working in London, she heard about the deplorable conditions wounded soldiers were being subjected to during the Crimean War. Instead of furthering her career in London, Nightingale led a team of 38 nurses in the Barrack Hospital outside of Constantinople to improve nursing conditions for the sick and wounded soldiers.

After arriving in 1854, she noticed that more soldiers died of disease rather than battle wounds and suspected the unhygienic quarters, poor nutrition, stale air, and darkness as contributing factors to the soldiers’ dismal health. She called for the Sanitary Commission to flush sewage and improve the hygienic standards of the hospital. She also had the audacity to advocate for hand washing practices (which, unfortunately, did not become standard until the late 1800s and early 1900s). During her nightly rounds, she often visited soldiers and became known as “The Lady with the Lamp,” as she is most famously depicted.

These changes severely reduced the death rate among wounded soldiers and eventually proved to reduce death rates during peacetime as well. She brought back tons of data on how sanitation improved the odds of survival using pie charts and other graphics — which was actually rare at the time — and even developed her own kind of diagram. For her efforts as a pioneer in statistics, she was the first woman inducted into the Royal Statistical Society in 1859.

After her return, she grew ill with a bacterial infection she most likely contracted in Crimea and was bedridden for the rest of her life at age 38. From her sickbed, Nightingale wrote Notes on Nursing published in 1860, which detailed her proven methods for improving the conditions of the sick — directed specifically at mothers and other caretakers. The book is still a standard text for nursing schools.

Because of her contributions to the war effort and beyond, Queen Victoria granted her £45,000 for the Nightingale Fund, with which she set up the Nightingale Training School in July 1860. It is now part of King’s College in London and known as the Florence Nightingale School of Nursing and Midwifery.

With her school, written works, and mounds of data, she solidified nursing as a career path for women during a time when medicine was become predominantly male (and during a time when there were few opportunities for women to make a living to begin with). Most importantly, her intuitive contributions on the importance of cleanliness saved many lives before germ theory became widely accepted in the 20th century.

Today, a temporary hospital has been set up in London called NHS Nightingale Hospital in the ExCel Centre in East London as a response to the coronavirus pandemic.

Need tips on caretaking? Here are some of my favorite excerpts from Notes on Nursing:

The very first canon of nursing, the first and the last thing upon which a nurse’s attention must be fixed, the first essential to a patient, without which all the rest you can do for him is as nothing, with which I had almost said you may leave all the rest alone, is this: TO KEEP THE AIR HE BREATHES AS PURE AS THE EXTERNAL AIR, WITHOUT CHILLING HIM.

Air from the outside. Open your windows, shut your doors.

Always air your room, then, from the outside air, if possible. Windows are made to open; doors are made to shut—a truth which seems extremely difficult of apprehension. (The sass of this sentence is EVERYTHING.)

Without these, no house can be healthy. And it will be unhealthy just in proportion as they are deficient.

On Cleanliness:
Without cleanliness, within and without your house, ventilation is comparatively useless.

On Darkness:
A dark house is always an unhealthy house, always an ill-aired house, always a dirty house. Want of light stops growth, and promotes scrofula, rickets, &c., among the children…. People lose their health in a dark house, and if they get ill they cannot get well again in it.

[Sidenote: Without sunlight, we degenerate body and mind.]
(It seems obvious that sunlight is essential for health and yet it was often neglected. We know know that UV light even has antimicrobial effects in concentration. I love how she emphasizes this because apparently sick people would just be left in closed dark places which seems insane now.)

My personal favorite and one of the more important things to keep in mind when talking to anyone who isn’t well:

The fact is, that the patient[1] is not “cheered” at all by these well-meaning, most tiresome friends. On the contrary, he is depressed and wearied. If, on the one hand, he exerts himself to tell each successive member of this too numerous conspiracy, whose name is legion, why he does not think as they do,—in what respect he is worse,—what symptoms exist that they know nothing of,—he is fatigued instead of “cheered,” and his attention is fixed upon himself. In general, patients who are really ill, do not want to talk about themselves. Hypochondriacs do, but again I say we are not on the subject of hypochondriacs.