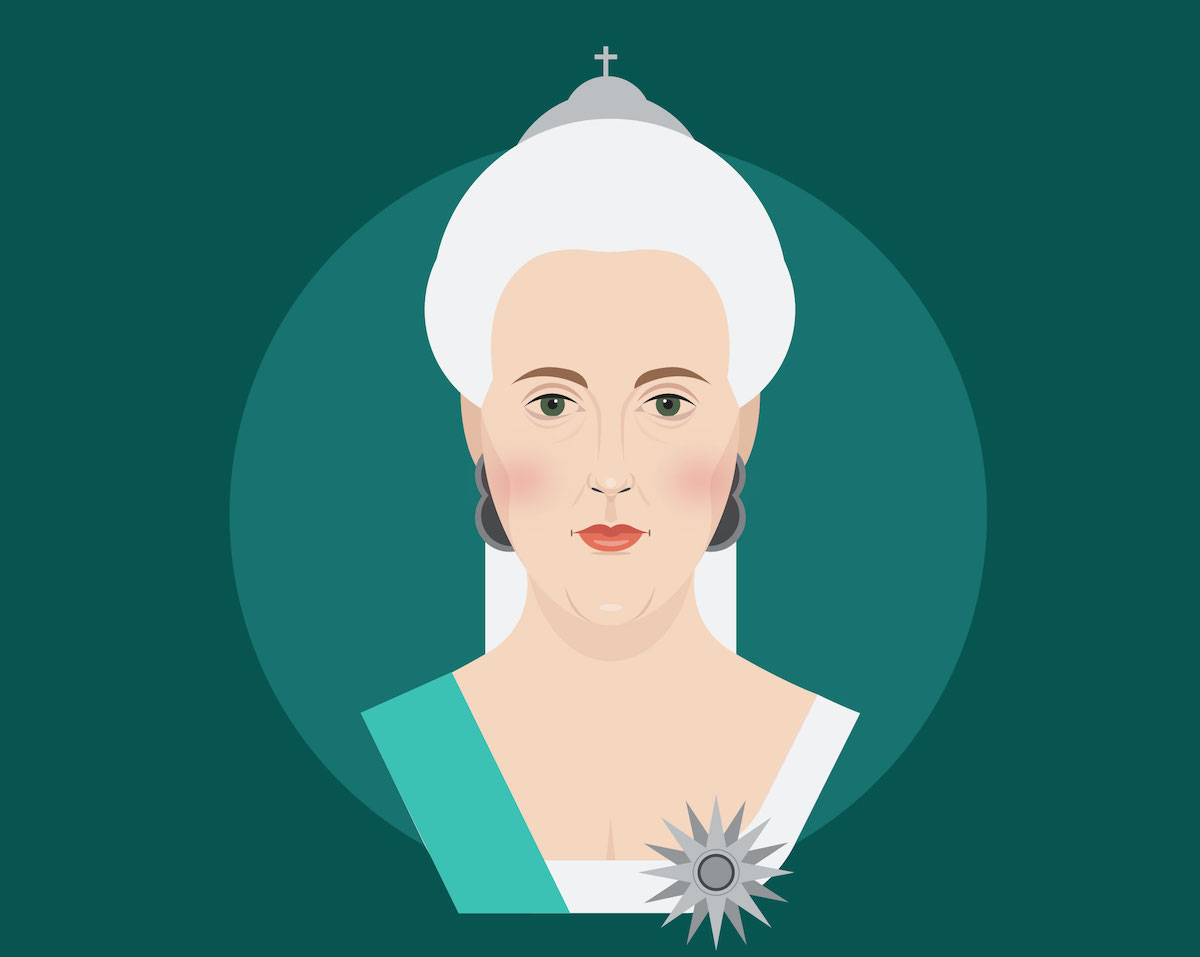 In celebration of Women’s History Month, which has been muted by global novel coronavirus pandemic, we are honoring women in history that have contributed in ways that continue to impact our lives at this very moment in time.

The hunt is on for a vaccine for the current COVID-19 pandemic — and vaccination for other diseases is now commonplace. But did you know that Catherine the Great, the famed Tsarina of Russia, was one of the early champions of inoculation?

Catherine the Great is Russia’s longest-serving female leader in more ways than one. She embraced new medical advancements and was an early endorser of vaccines. When she came to power in 1762, Russia was a poor, struggling country. In 1767, a smallpox epidemic swept Siberia, swiftly killing some 20,000 people. Smallpox was one of the worst diseases in history — killing nearly 400,000 people every year, 60 million in all — during the 18th century. (And it is the only human disease that has been successfully eradicated.) The Royal family was no exception — Catherine’s husband, the emperor Peter III, survived a severe case of smallpox when he was 16, which left him with disfiguring scars and very little hair.

In 1767, wanting to spare Russian lives, Catherine invited Thomas Dimsdale to court. He was a distinguished British physician who had built upon existing knowledge and created an experimental technique to immunize people to smallpox. It involved deliberately infecting a person with fluid from smallpox pustules, taken from a patient with a milder form of the disease, which resulted in a very mild smallpox infection that was less dangerous than if one contracted the disease by natural means, providing immunity to future attacks. He published his findings in a paper titled: The present methods of inoculation for the smallpox in 1767, which impressed Catherine at a moment when a smallpox epidemic was ravaging Russia.

She became convinced that she and her 14-year-old son, Paul, should be inoculated — and also wanted to prove to the Russian people that this was a safe and effective procedure. She and her son were quietly inoculated on October 12, 1768. The procedure was a success: Catherine developed a mild case of smallpox after but recovered fully two weeks later. She herself then donated pus for the inoculations of various members of her court. They all survived — and inoculation quickly became widely accepted. By the end of the century, nearly 2 million Russians had been inoculated against smallpox. Her belief in science saved the lives of millions of Russians, making Catherine quite

My objective was, through my example, to save from death the multitude of my subjects who, not knowing the value of this technique, and frightened of it, were left in danger.