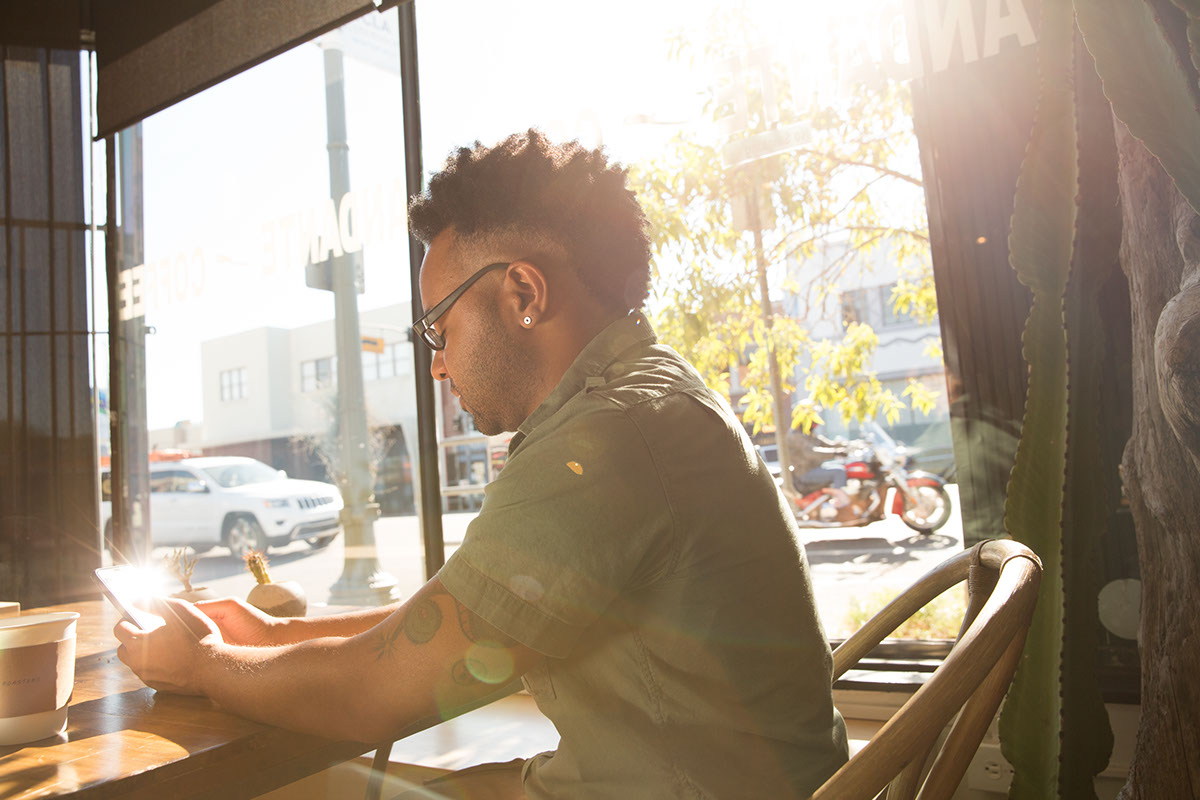 The best way to consistently crank out “B-minus,” mediocre copy is to read nothing but ads and industry publications. Even the best ad copy is just a narrow window into the possibilities of language that should get your head exploding with ideas. For the creative who wants to become a better copywriter, these people can inspire you to get to the next level.

You may not know his name, but you’ve probably heard the idea that it takes 10,000 hours to truly become a master of something, which Malcolm Gladwell wrote about at length in his 2008 book, “Outliers.” He’s a walking, breathing TED Talk: he’s brilliant, insightful, and ever in search of questions without answers.

Across books like “Outliers,” “Tipping Point,” “Blink,” and “David and Goliath,” his omnivorous intellect romps through questions like how fashion trends (and disease epidemics) get started, why the best Canadian hockey players are born in January and February, and how much information is the right amount and how much results in “analysis paralysis.”

A playful brain is probably one of the most important assets a copywriter can have, and you could do worse than trying to emulate Gladwell’s broad-ranging curiosity. Read Gladwell and then challenge yourself to “think different” before your next big creative assignment.

Allie Brosh was in school to become a scientist when she started Hyperbole and a Half, a comic and blog that explores the trials and tribulations of marching to the beat of a different drummer, as well as catalogues her struggles with mental illness. It is poignant, true to life, and spit-liquid-out-your-nose funny; usually all those things, at once. In 2013, AdAge lauded her as one of the 50 most influential creative figures in the world. Bill Gates is a fan.

She uses everything in her arsenal to tell a story and solve a problem creatively: Brosh is not a fine artist, but she adopted Paintbrush graphics to great effect. Even though her blog reaches millions, her stories make you feel like they were written especially for you. It’s not a cliché to say that the Brosh brand is strong.

Sadly, Brosh seems to have fallen off the map; Hyperbole and a Half has been dormant since 2013. It still lives online (and there’s also a book), and it’s an excellent resource for anyone needing a creative boost.

One of the things I love about Stephen King’s first few books is his utter devotion to spinning a good yarn. He works lean and mean, without getting bogged down in unnecessary subplots, yet he still manages to fully animate his characters and the worlds they live in. While maybe not everyone has the stomach for books like “The Shining,” “Cujo,” or “Carrie,” they show King at the height of his story-telling powers—and what is advertising, if not storytelling?

Another reason King is on the list: his nonfiction book “On Writing” is one of the most insightful books on the craft, combining interesting personal anecdotes with practical observations and advice for anyone who writes (yes, copywriters, too).

If you’re an NPR nerd like me, then you’re probably already familiar with David Sedaris, whose quirky personal essays about topics such as family, being an American living abroad, and the merits of taxidermy as holiday gifts regularly grace the pages of The New Yorker. No one is better at finding humor in the mundane than Sedaris, who’s often referred to as this generation’s Mark Twain.

There’s a longstanding debate as to whether ads should be funny or not — especially because we’re in an era when emotional realness is the flavor of the day. By mining the relatable, the human, and the everyday, Sedaris creates humor that connects with the emotions.

Sedaris is easy to read, and The New Yorker archives are a good starting point for anyone who wants to get to know his work.

You may already know James Ellroy as a screenwriter on the award-winning neo-noir film, “LA Confidential”, or as the author of the true crime opus, “Black Dahlia.” Ellroy’s enviable career had a nightmarish start: His mother’s grisly, unsolved murder started him on a path that first detoured into petty crimes and general antisocial behavior until he found redemption behind a typewriter.

What makes Ellroy a standout is his use of dialogue: It’s staccato and alive and creates a vivid portrait of the person speaking. Even if you removed everything but the dialogue, you’d understand the characters and have a rich, cohesive narrative. Still, he does not skimp on the details or action, writing prose that is both evocative and descriptive.

In advertising, we’re often told that we need to show, rather than tell. Ellroy uses words to paint graphic pictures and then further burnishes those images with his tone and pacing.

Just read it (and see it and listen to it)

Don’t stop with these five sources: One of the most important parts of becoming a better copywriter is constantly seeking out things that stoke your imagination and fire up the language center of your brain — it doesn’t need to be the written word! Keep challenging yourself to find not only the best culture, but anything that’s new and different.