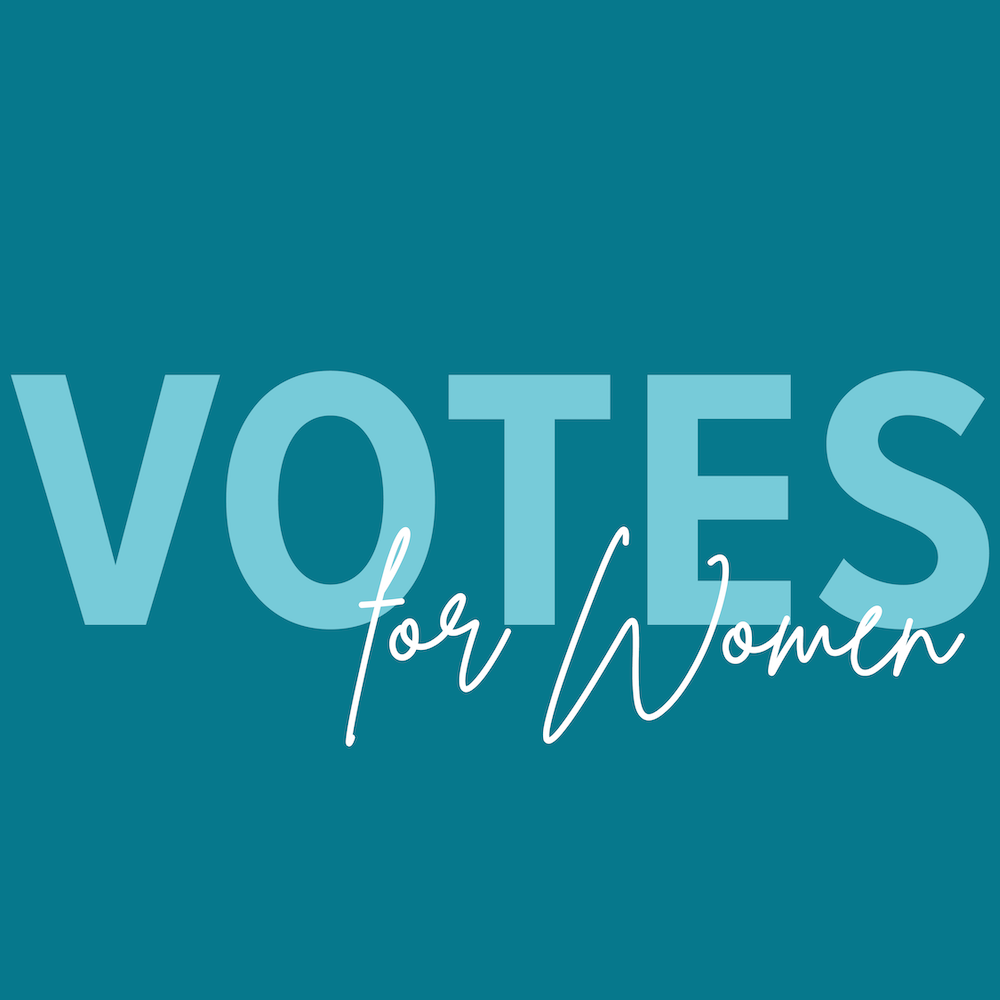 One hundred years ago, after over a century of proposals, petitions, and protests, the 19th Amendment was finally ratified, granting women the right to vote. The road to that ratification is long, messy and complex, just like most of American history. As with many complex battles, there are lessons to be learned. Here’s a breakdown of what the suffragettes did well, and where they failed.

While most of our modern fights come from a human rights and justice perspective, the women’s suffrage movement had to get crafty with their point of view. Some people feared giving women the vote would lead to familial chaos and a breakdown of societal structure. (Men in power truly are the biggest drama queens out there.) So instead, suffragettes focused on how giving women the vote would favorably affect families and society. This affected the tone of their pamphlets, the kinds of events they held, and even the way they dressed. 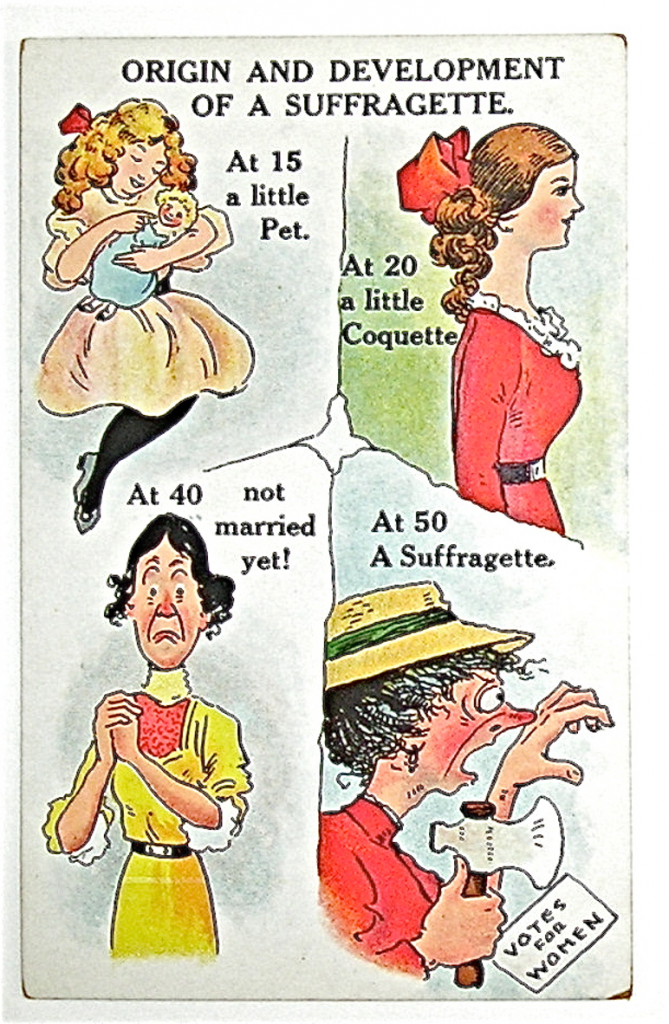 Anti-suffrage propaganda was fierce as hell, although modern women have probably seen worse in the deep dark corners of the internet (and probably their inboxes). Looking back, it’s jarring (and honestly sad) that so many of these posters showed men taking care of children as a societal nightmare instead of the utter joy most modern fathers see it as.

Instead of further bruising the male ego, the suffragettes came up with a range of campaigns to quell the fear of social disaster and familiar destruction. These included:

They additionally used the power of symbols and imagery to draw attention, change associations and garner recognition to their plight. For instance, they used the color white to battle their image as ugly spinsters to show purity of cause, youth and vitality. (I’m not saying it’s cool, I’m just saying it’s what happened.)

Lesson: “When they go low, we go high.” — Michelle Obama 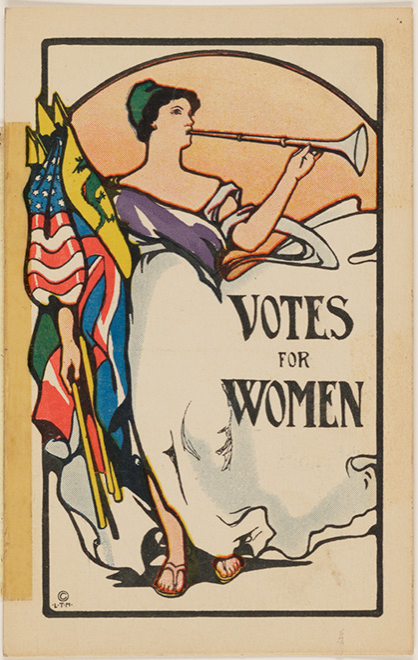 Selling Out the Sisterhood

Many suffragettes decided to distance themselves from the Black women among their ranks because they believed focusing on the vote for white women would help their cause. They departed from their abolitionist roots and started courting Southern women, leaving out their Black sisters to appease the racially-divided south.

Not only was it cringeworthy, this tactic clearly failed as Black men won the vote before women did.

Lesson: Throwing your comrades under the bus has consequences and is not a good look in the eyes of history.

Racism Within the Movement

In case you haven’t picked up on it yet, most of the suffragettes were problematic at best and horribly racist at worse. When Black men won the vote before women as the 15th amendment was ratified, white suffragettes were, in a single phrase, less than pleased. Susan B. Anthony went on to proclaim, “I will cut off this right arm of mine before I will ever work or demand the ballot for the Negro and not the woman.” Yikes.

White women saw the 15th amendment as a slap in the face, turning a blind eye to the crimes of white southern women (who had made up 30% of slave owners), and essentially upheld a white supremacist stance to court political favor.

Lesson: Kill your idols. Every. Single. One.

Interestingly enough, the famous “Ain’t I a woman?” speech may not have even contained that phrase, as Truth’s words were changed to sound more southern 12 years after the original transcription by Frances Dana Gage. Truth didn’t speak in a southern dialect as she grew up in New York, but as Tammy L. Brown points out, these vernacular changes “depicted Truth to white audiences as a genuine albeit primitive ally in the fight for women’s rights… this progress is tainted by white suffragists’ attempts to control Truth’s voice.” Despite the bastardization of her words, this OG abolitionist and champion of civil rights kept speaking out until the day she died, fighting for the liberty of all people.

Ida B. Wells-Barnett, a lesser known MVP of the suffrage and early civil rights movement, was outspoken about how little white liberals were doing to oppose crimes against Black Southerners. She organized an anti-lynching campaign and then went on to organize the Alpha Suffrage Club for Black women in Chicago. The women were met with opposition from the 1913 Woman Suffrage Procession. Wells-Barnett refused to be delegated to the back of the parade and instead rushed in to walk between two white supporters to protest the segregation decision. Despite the efforts of many of the suffrage movement’s leaders, activists like Wells-Barnett would not back down from contributing to the movement.

Lesson: Segregation is no way to dismantle the patriarchy.

In 1913, Alice Paul and Lucy Burns broke from the National American Woman Suffrage Association (NAWSA) to form the National Women’s Party (NWP) because they thought the NAWSA were not getting rowdy enough to make s#*t happen. They were a significantly smaller force — 50,000 vs. NAWSA’s 2 million — but they went hard. They continued protests during World War I, calling out Woodrow Wilson’s hypocritical war stance, while NAWSA took a break from campaigning to contribute to the war effort instead. The NWP were focused on winning a federal amendment rather than the NAWSA’s state-by-state approach, as they felt that strategy had already taken too long.

During their wartime protests, the “Silent Sentinels” were arrested, beaten, and tortured. Any anti-government criticism during the war was seen as treason.

Lesson: The road to justice is a bumpy one. We area standing on the shoulders of women and men who faced government cruelty in response to calls for equality—which inadvertently worked to tip the scales in favor of the oppressed. When the going gets tough, the tough double down for their cause.

In the early 20th Century, suffragette art became more sophisticated and targeted. Posters and ads depicted the glory of equality that had already been won at the state level in much of the west, the education, work, and taxes women have contributed to society, and depictions of torture in prisons.

Leaders like Alice Burns coordinated with the press to get images of suffragette arrests in newspapers across the nation. They also created the Jailed for Freedom pin that was given to all the women who were arrested and tortured for picketing and demanding the vote. By circulating photographs of their arrests, the suffragettes were able to paint a more sympathetic portrait of their cause.

Eventually, Puck magazine, which originally published anti-suffrage cartoons, started publishing pro-suffrage cartoons instead. Public opinion started to turn, the women’s contribution to the war effort became undeniable, and enough representatives were finally worn down enough (or convinced, who knows) to vote for the 19th amendment’s ratification.

“Women have suffered agony of soul which you can never comprehend, that you and your daughters might inherit political freedom. That vote has been costly. Prize it!” — Carrie Chapman Catt (1920)

However, this wasn’t the end of the fight, especially for Black women, who had additional barriers and voter suppression to contend with. In fact, the battle for universal suffrage isn’t quite over, at least not in practice. With voter ID laws, the shutdown of polling locations, reduced opportunities for registration, limiting early and mail-in voting,*  and most pressingly attacks on the US Postal Service, voters are facing more challenges than ever to cast their ballot.

*These measures were introduced in more than a dozen pivotal states after voter turnout increased between 2004 and 2008 which has me shaking my head, to say the least.

What can we do? Save the USPS. Call our Senators and Representatives to demand an end to voter suppression (along with any other issues you may care to bring up), and for the love of liberty, VOTE.

Lesson: The truth of oppressive brutality, targeted lobbying, and showing your worth can swing public opinion, but the battle is never truly over.