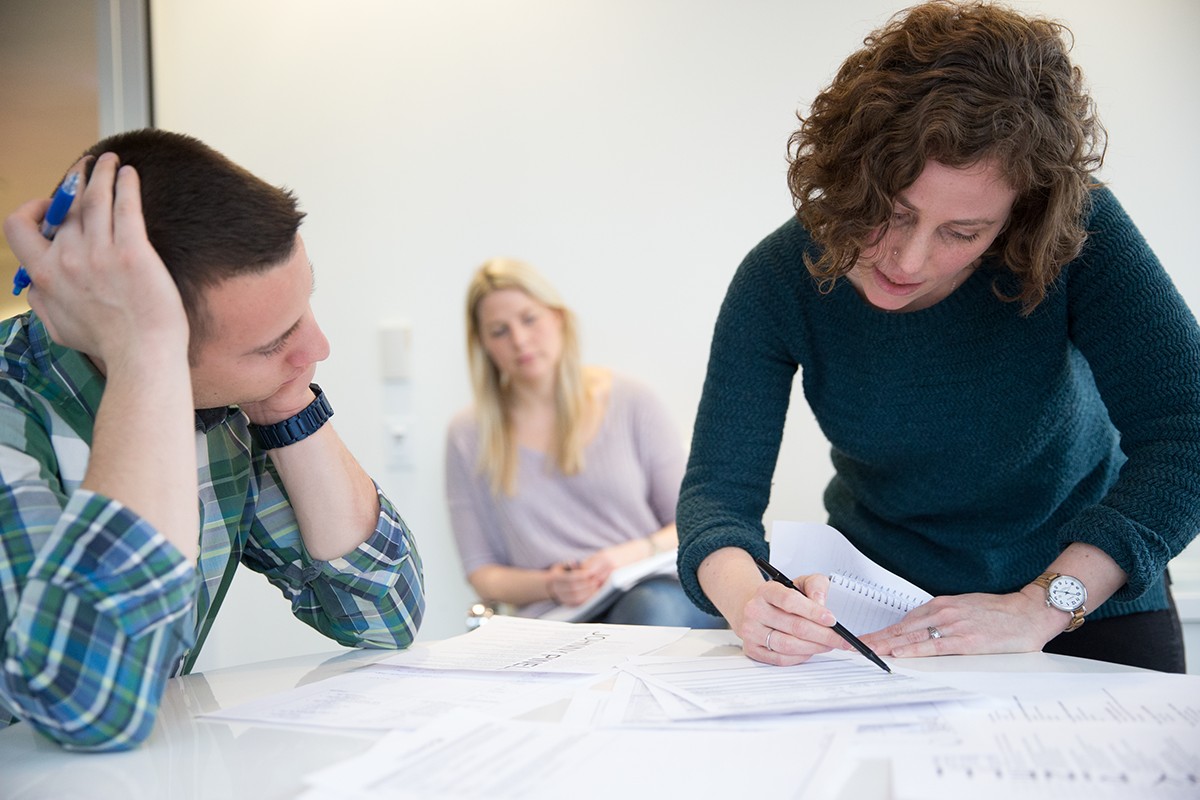 The last time I heard someone scoff at the concept of resumes was just a few weeks ago, over lunch. “Oh come on, who actually reads a resume?” Um, I do. And you probably should too.
The funny thing was that just days prior I’d placed a copy of my own resume in this very person’s hands. I like the guy, and he had no way of knowing what an unexpected pain in the rear it had been to put together five copies of my portfolio on short notice. (First, the realization that my husband had been ignoring his printer’s pleas for new ink cartridges past the point of usability; then the unanticipated time spent driving to Staples and back; and then the friend who tried to help me but ended up mis-ordering all the pages and somehow cutting her hand and getting blood on two of the front pages, setting me back to square one.)

What I mean to say, is that I wasn’t that miffed (it helps that he had been clearly receptive to my performance in said interview), but I was slightly appalled. It was less than six months ago that I was still working as the managing editor of a media company, which included participating in the hiring process. When it came to interns, the decision was typically left up entirely to me.
It was the kind of place that attracts young candidates, so our public calls for entry-level internships would result in mountains of resumes. I’m not going to lie and say I read each and every single one that hit my inbox—a few terrible lines in a cover letter were enough to send many applicants straight to the recycling bin. However, when you’re trying to differentiate the suitability of people who are largely just starting out, most of them don’t have a ton of tangible, finished work to reference, much less a slick, smoothly navigable profile site. Often their educational background is completely relevant to who they are in the present moment. They just haven’t done that much yet. So I actually read their resumes.

At some point in your career, writing your resume can evolve into an editing project. More than two pages is rude, so eventually you have to stop being exhaustive (and stop abusing tiny type sizes) and whittle it down to only the most impressive—a living document tailored by time and situation. Perhaps you remember writing your first resume—I know I do. That’s when all the opposite tricks were called for—furiously bumping up the type size to fill a single page and extracting every ounce of potential material from limited experience.

It’s kind of a great exercise, and frankly it can be a really interesting, not just useful, read. That’s partly because these types of resume writers are telling you everything—not just which schools they attended, but what their extracurricular activities were, or whether they studied abroad. A lot of them are also probably telling you revealing little white lies about what they did very little of (but, you know, they technically did… probably) and perhaps they now wish they’d done more of. They’re calling attention to their weirdest, least relevant work experience to simply reinforce the basic understanding that they’re a warm body who will show up on time and not steal the company laptops. Read as a whole, it’s actually a pretty effective map of a person’s life-experience.
Again, I’m not making the argument that anyone needs to read every resume they get. I’m totally down with the method of doing a quick first round of elimination based on a scan for minimum requirements. Blaze through those mountains. But by the time you get to the point of interviewing a candidate, I feel strongly that you should have read the thing in its entirety, whether you are dealing with entry-level or senior-level candidates (who probably ought to be able to edit a resume with at least some charm, anyway).

It’s not an etiquette thing. I relate to the fact that it can seem like more of a burden than it’s worth. But it’s only two pages (or less, and heavy on the returns and bullet points). It will take a very short time for you to read it, and the time it will save you in return makes for a fantastic ROI. Your conversations with candidates will be more efficient, you’ll be able to make decisions more quickly, and they will lead to better choices. Choices that may even have direct bearing on your own workload.
These are the people you’ll be seeing more days than not, after all. Read their resumes.