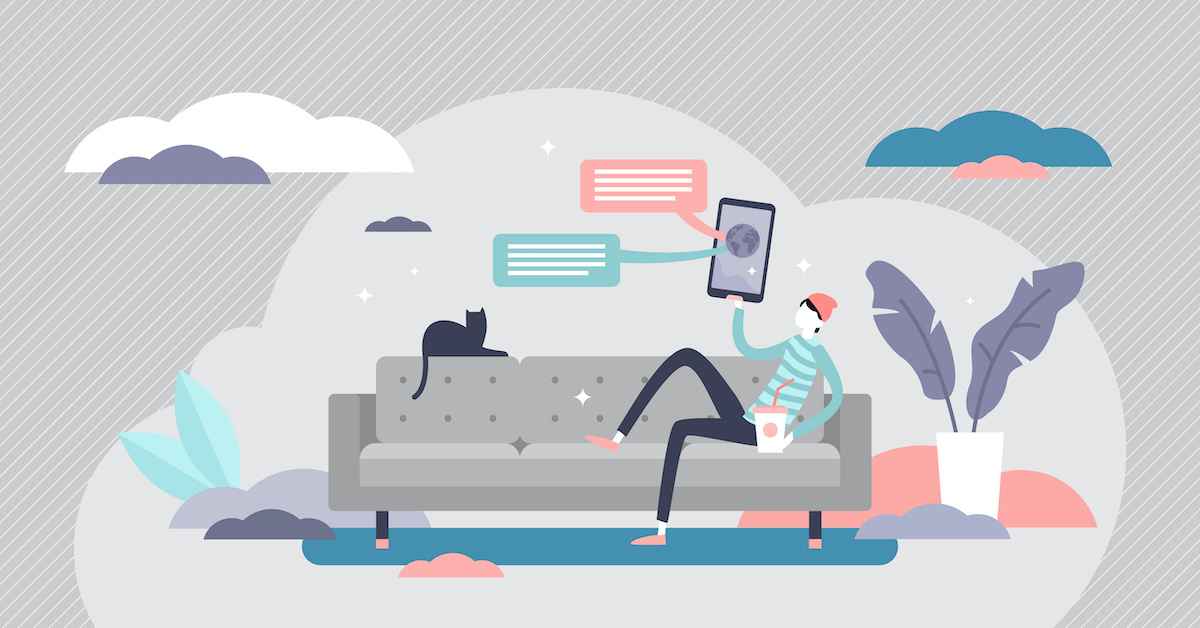 Finding cool, talented people in your workplace or broader industry that share your values and work ethic and, better yet, might be connected to other opportunities you’re interested in is a really rewarding part of working.

And yet, networking can feel like such a drag — especially if you’re more on the introverted side.

Networking can conjure up rather cynical images of folks talking over each other just to be the center of the conversation or competing to collect the most business cards. In other words, an introvert’s nightmare. Connecting with people in general can be hard; connecting with folks for the express purpose of advancing your career can feel downright icky. But it’s just as important to understand what networking actually means as it is to network as it is both necessary (one survey found 85% of jobs are obtained through networking) and actually pretty natural if you take the right approach.

It’s not that introverts are nervous or afraid of being around lots of other people, it’s that being around lots of people is draining for introverts. While extroverts find their energy through social interaction, introverts are the opposite — they use up their energy in social interactions, finding themselves in need of a break or retreat to spend time alone. However, introverts do prefer hanging out in more intimate settings with close friends as opposed to large groups of new folks. In fact, bustling social situations or busy situations in general can stress out and overwhelm introverts.

Other introvert characteristics include:

Needless to say, meeting new people in general is not exactly at the top of introverts’ to-do lists, which can make networking a rather daunting challenge. But much like introverts, there are myths and misconceptions when it comes to networking.

The first big myth is that it’s about quantity over quality, that is, the more contacts, the better. While having connections in diverse industries is nice, simply being connected to a bunch of people isn’t as valuable as being connected to fewer people who actually know you; given that introverts are all about having a smaller circle, this actually works to their advantage a bit.

Another big myth about networking is that it’s all schmoozing and trying to impress people. Here’s the thing: chances are, you’re most likely already pretty impressive, so it’s less about inflating yourself and more about being your authentic self. Networking is about building real relationships with people, not overinflated resumes.

Networking isn’t about making one big impression on folks. It’s about building genuine connections, and it takes time and work to build that. In fact, plenty of experts will tell you that networking is not actually about getting what you want. Whether or not you realize it, it’s just as much about helping others get what they need. You don’t always have to be on the lookout for jobs for others, but challenge yourself to take the first step to support other people — even if it’s literally asking “How can I support you?”

One method is keeping in “loose touch,” which, as Karen Wickre explains, is essentially checking in on folks without “obligation to follow up or see each other in person.” You can send people a DM from time to time, share a tweet or story relevant to what they do, or a video that made you think of them — without putting pressure to start an actual conversation. Just a small nudge or tap or something that’s a step above a Facebook poke, if anyone even remembers those which, you know what, sorry for even bringing that up.

“The effect of loose touch is to put you into someone’s consciousness for a few minutes, and vice versa. These moments serve as connective tissue (‘we have this in common’) and a marker of your ongoing relationship. In cultivating loose-touch connections, know that your network won’t appear all at once; it takes steady, continuous work.”

This kind of goes against the introvert’s preference for cultivating deeper connections (we’ll get to that), but it’s still an important part of the process, and better yet, it doesn’t take a lot of social energy.

On the other end of the spectrum, networking is a great opportunity to deepen your connection to people and really get to know them beyond their profile. After all, introverts are really good at fostering deeper interactions when they do decide to let people in, so it’s all about striking the balance of friendship and a work relationship.

Networking is all about being yourself. I know, I know, it’s cliché, and seeing as introverts are the self-aware type, that probably makes it even more painfully cliché. But sometimes, part of the difficulty with networking is trying to figure out who or what people are looking for — which can translate to figuring out who people want you to be. So before you have a crisis about what you’re not, just know that it’s so much easier for everyone to come as you are.

Do you need to be comfortable talking about the cool things you’ve done? Absolutely. If something you’ve accomplished is a big deal, should you be ready to treat it as such? Yes! Prepping yourself to have these conversations and practicing is important, especially if talking about yourself isn’t your strong suit. But at the end of the day, it really comes down to knowing and being yourself.

In a post-COVID world, networking events are no longer the overwhelming in-person events that some of us have grown to dread. While Zoom and other platforms come with some awkwardness built in, and plenty of us have hit Zoom fatigue after a year of doing it, there are parts that introverts can use to their advantage.

Seeing as many introverts prefer writing over talking, use the chat feature to your advantage and add to the conversation that way if the event if you’re not into speaking! Do your best to stay focused and engaged. Message folks individually, and don’t be afraid of setting up one-on-ones — it can be a bit of a relief to have a chat with someone without ever leaving the comfort of your home.

Networking is an essential part of working. Especially in light of the pandemic, in which so many people have unfortunately lost work, it’s more important than ever before to connect with others, offer support, and put yourself out there together, regardless of if you’re more introverted or extroverted. After all, if anything, networking is a great reminder that we really are all in this together.