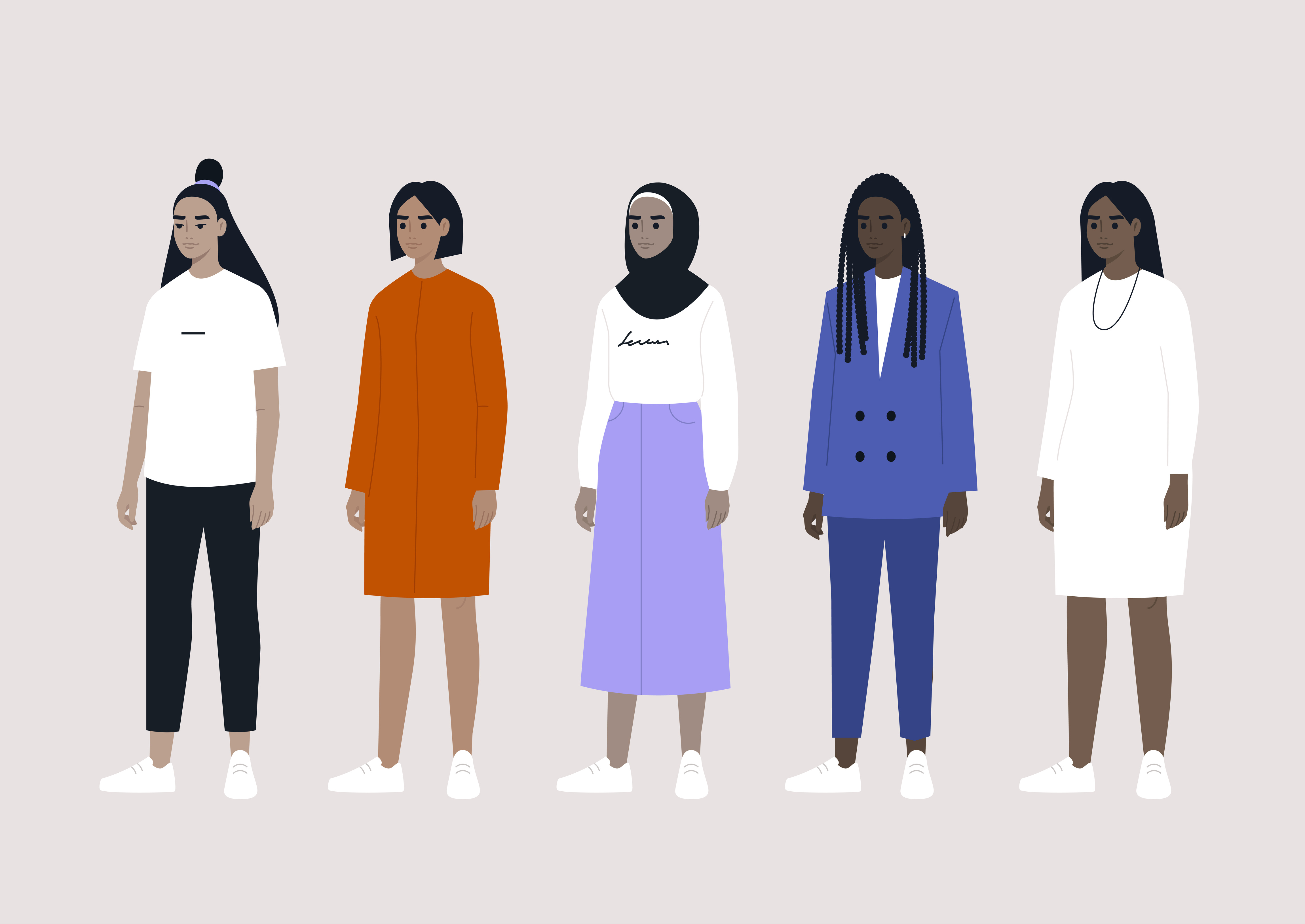 To remote and hybrid add the traditional in-office group. All together, they conjure up a phrase that brings us to where this post began. It evokes the same potential fears I once experienced, but with a new world twist.

“Out of sight, out of mind” is an adage from centuries ago that lives on today. Merriam-Webster defines it as when “a person stops thinking about something or someone if he or she does not see that thing or person for a period of time.” I had this concern about 25 years ago, when I applied to my then employer’s new program for split in-office and home-based work. I worried: would not being in the office full-time jeopardize my career? As a self-supporting single mother, I considered the pros and cons of this three days in and two days at home arrangement. But family took precedence, and in all, I appreciated the opportunity to take part in this initiative.

Fast forward to the 2020s and the disruption of life caused by the pandemic. COVID-19 changed the way many of us work and where that takes place. Those whose roles lent themselves to it moved from the office to a home work environment during the early stages of the pandemic. Since then, firms zigged and zagged on what to do and if/how to bring employees back as various variants emerged. At the time of this writing, most employees remain ingrained in their home office. However, companies are starting to summon their troops to return to the fold. That may take the form of full-time in-office but, more commonly, a mix of office and home.

As these categories emerged, so did terms to describe them. Welcome to “remote work,” “working from home,” or simply “WFH.” The “hybrid work model” pertains to an alternating office-home format. This blended design has become so popular that the World Economic Forum suggests “Hybrid working is here to stay.”

To remote and hybrid add the traditional in-office group. All together, they conjure up a phrase that brings us to where this post began. It evokes the same potential fears I once experienced, but with a new world twist.

And that is “proximity bias.”

“The Road to the Top Is Paved with Being There” — Jack Welch, former CEO of GE

In one of his hits, singer/songwriter Stephen Stills underscored the value of being front and center. He mused about what to do “if you can’t be with the one you love.” His suggestion: “Love The One You’re With.” In the broadest sense, this theme refers to the role proximity plays in our lives. That includes the business world and our office lives. It raises a point fundamental to this post: will those in plain sight fare better in the eyes of their employers than those who are WFH and on hybrid schedules?

That’s the gist of proximity bias. The BBC explains. “Proximity bias is an unconscious — and unwise — tendency to give preferential treatment to those in our immediate vicinity. Once a matter of who is based at HQ and who works at a regional office, the definition of proximity in today’s business world is evolving.”

Studies show that people who are present receive more favorable treatment. What happens to those who are offsite? They may lose out. “Unintentionally excluding remote workers from the most high-profile projects, insights, and relationship-building mitigates their chances to qualify for promotions, among other career and networking opportunities,” reports Globalization Partners.

Additionally, firms may fail to hire the best employees by favoring candidates who attend interviews in person. The same principle applies to business decisions; communications factor into proximity bias too. For example, the views of those at the table at meetings may predominate and drown out what could be valuable input from others. “As a result, projects move more slowly because mistakes are made and misunderstandings arise.”

Can this happen to you or occur at your company? A word used in the previous section to describe the extent of proximity bias offers a clue: “prevalent.” Smack dab in the headline of a post on Bloomberg.com is a more pointed glimpse: “Bosses Admit to ‘Proximity Bias.” The content gets right to it. “Among the biggest worries that executives have about remote work is a phenomenon known as ‘proximity bias,’ meaning that the people who choose to return to offices will get ahead, while those who stay at home will fall behind.”

This same news story lays out proximity bias by the numbers. A survey by Future Forum, commissioned by Slack, explored this matter. The group engaged a sample of more than 10,000 white-collar workers. What were the top-line results? “More than four out of 10 executives ranked the potential inequities between remote and in-office employees as their number one concern.”

It also shines a light on another angle of this problem. “Women and minority workers are more likely than other groups to want to stay home, adding to fears that the return to office push could further exacerbate workplace inequalities.”

Note “inequities” and “inequalities” in the quotes. They are contrary to diversity and inclusion priorities. Will proximity bias thwart them? A Future Forum executive draws attention to this possibility. “Companies have to understand that their diversity efforts and their future of work plans are going to be linked,” he says.

“Proximity bias disproportionately affects certain groups of workers, including working mothers, those in lower cost-of-living areas, and those with disabilities,” reports Ring Central.

How Companies Can Conquer Proximity Bias

Don’t turn a blind eye. Proximity bias exists, and it’s not going away on its own. “As with addressing most biases, the solution isn’t to avoid the challenge, but to determine the best path to solve those challenges in a systematic way.” That’s the advice from Globalization Partners. They add: “With proximity bias in the workplace, the solution is not to bring everyone back to the office, but to build guidelines and operating models that address this particular challenge, and account for distributed teams during both the big decision-making conversations and the small.”

Here are some of the ways:

Start by being aware

The first step in overcoming any difficulty is to know it exists. Next comes owning up to it. Then you’re poised to do something constructive. “Be aware of it,” recommends Qlearsite.com, “and make others aware; educate yourself and other managers about proximity bias, so it’s top of mind.”

The reference to education above introduces the need for a full cycle of learning. That process entails training managers to understand the arc of proximity bias, including fine points. It engages them in developing action plans. The focus should be on ways to prevent this from happening. But it also includes backtracking to rectify the situation that may exist.

Put in place new principles and policies for work. Then share them with employees. Take a tip from How Proximity Bias Affects the Hybrid Workplace from Thought Exchange. “On an organizational level, leaders need to be clear about what they are doing to minimize bias. This should include company-specific expectations about when and where work gets done and an outline of the process that explains how workers will be recognized and promoted.”

“Eliminating proximity bias will require a rethink of how we approach remote work.” This is where metrics come into play. “Proximity bias: the next big challenge for hybrid and remote work” explains. “For years, many managers focused on superficial productivity indicators such as time-in-seats over qualitative measures that reflect actual work. Reversing proximity bias requires a shift …about what productivity looks like (and doesn’t look like).”

“Proximity bias: how to avoid excluding hybrid workers” offers a checklist to turn the tide. Firms should up their technology spend. How? With “better videoconferencing systems, interactive whiteboards and survey solutions for regular check-ins.”

Thought Exchange touts tech too. “Bring everyone into the same (virtual) room, even if only as individual rectangles on a screen” via video conferencing. And “for organizations that will maintain an office, set the requirement that everyone dials in from their desk.” For a live session, forward an agenda in advance to solicit ideas; and be sure to use collaboration software. What’s an informal tool to guard against proximity bias? Instant messaging. And an Enterprise Discussion Management (EDM) platform “offers a way to scale meaningful conversations across your entire organization digitally.”

“Leading by Example” comes from Fast Company. “Leaders need to show that remote working is viable and attainable.” Do so by modeling behavior — work at home at times in a way that’s visible, such as holding meetings from that venue. Ring Central reinforces this notion. “Leveling the playing field for hybrid workers means embracing this new workplace model at all levels of the business. Executives should also work hybrid schedules in order to eliminate any stigma from working from home and to send a message that remote work is valid and valued.”

“Preventing Proximity Bias in Hybrid Work Is Key to Closing Equity Gaps” takes on the equity issue. To set parameters for remote work, get feedback from all employees. Don’t make decisions without it. “If critical voices are not part of discussions that impact the entire company, leaders risk alienating a huge portion of their talent pool.” An HR exec suggests: “Companies need to evaluate their inclusiveness and build in processes designed to level things up between remote and office workers.”

“Proximity bias is real. Returning to the office could make it worse” is the headline in a post on Protocol.com. But it offers remedies. One is to install a person to lead remote operations. “It needs to be someone’s job to create equitability and work to make the workplace inclusive and work against proximity bias.”

What can employees on WFH and hybrid schedules do to try to shield themselves from the effects of proximity bias? Pulling from my own experience, I offer the following points.

Is proximity bias inevitable? If not recognized and grappled with directly, it may be. But as this post shows, there is much recent content available on this topic. That’s a good thing. Use it; bring it to the attention of influencers and decision makers. And do your part in keeping proximity bias at bay.

About the author.
You name it, she covers it. That’s the can-do attitude Sherry M. Adler brings to the craft of writing. A polished marketing and communications professional, she has a passion for learning and the world at large. She uses it plus the power of words to inform and energize stakeholders of all kinds. And to show how all of this can make a difference, she calls her business WriteResults NY, LLC.